Help get Tess the labrador to Channel 4’s Supervet 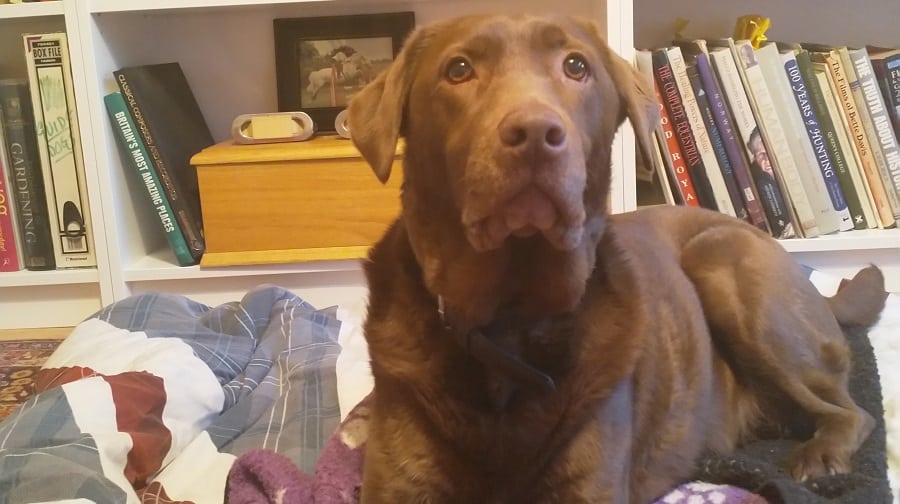 The owner of a chocolate labrador suffering from lameness needs to raise £15,000 so she can have life-changing surgery performed by Channel 4’s Supervet.

Tess, now seven, has suffered from lameness since the age of two due to bilateral elbow dysplasia – abnormal development of both sides of the elbow joint.

Noel Fitzpatrick, who features on Channel 4 programme The Supervet, believes stem cell treatment could be the answer to helping Tess and prolonging her life. Speaking to the News, he described Tess as his “strength and stay”.

“Over time we’ve tried to manage the elbow dysplasia but what’s happened recently is she’s refused to get up and the pain relief isn’t working any longer,” said Jason.

“Her elbows are in a very bad state; they are wearing down on both sides and Noel [Supervet] said he had not seen it as bad as that before.

“He thinks stem cell treatment with hyaluronic acid might work because she is lacking cartilage in both elbows and stem cells have regeneration qualities.

“They’ve said it will be a huge improvement for her because without the operation or intervention she won’t last much longer.” Jason said he had been “overwhelmed” by people fundraising for Tess and donating to her Just Giving page.

“Tess is a very popular dog,” he said. “She is very stubborn but gentle and when there are new dogs around, especially puppies, she is there mothering them.”

“Tess has seen me through some dark times,” he added. “She comes up to me on days when I’m quite ill and just puts her head on my shoulder and gives me a little lick.”

Jason said Tess’ operation would be filmed for The Supervet and potentially aired on Channel 4.

Southwark NewsNewsHelp get Tess the labrador to Channel 4’s Supervet