Help police find this man, whom they wish to question in connection with a rape in Camberwell

"Horrendous attack in broad daylight on a vulnerable victim" 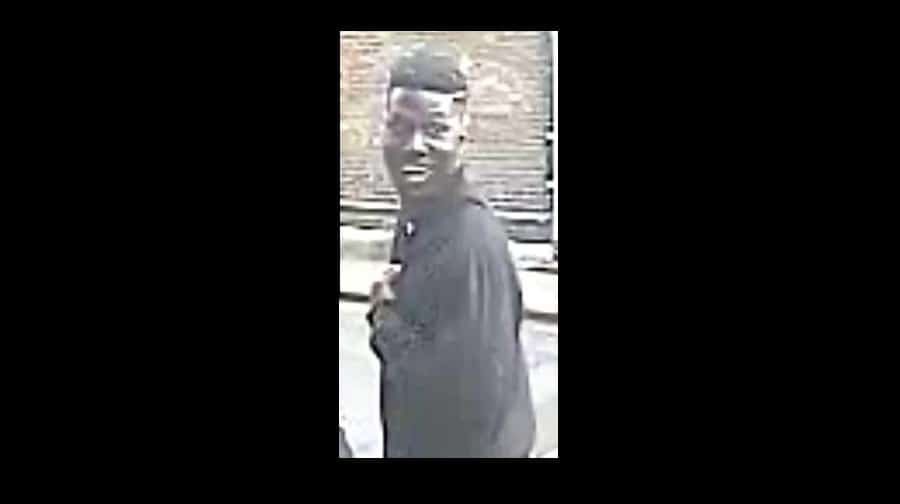 Police would like to speak to the person pictured, following reports of a rape in Camberwell

Detectives investigating a rape in Camberwell have released a CCTV image of a man they wish to speak in connection with their inquiries.

At approximately 8:30am on Saturday, August 20, a 49-year-old woman was raped in Kerfield Place – a residential alleyway lined with garages.

The victim, who cannot be named for legal reasons, had been led to the location by an adult male.

The woman was initially pushed to the ground by her attacker. At first, she was able to fight him off, and the attacker ran away.

But 30 seconds later he went back again and raped her.

Following the incident the victim made her way to Camberwell police station and alerted officers.

The suspect ran off into the Don Phelan Estate on Kimpton Road, SE5, running across Camberwell Church Street, SE5.

The suspect was described as a tall black man, of slim build, aged between 20 and 25 years. He was dressed all in black.

Numerous inquiries have been carried out by detectives from the Sexual Offences, Exploitation and Child Abuse Command, but no arrest has been made at this time.

Detective constable Emilie Gurney, said: “This was a horrendous attack in broad daylight on a vulnerable victim and I would urge anyone who recognises the man in the image to come forward as soon as possible.”

Southwark NewsNewsHelp police find this man, whom they wish to question in connection with a rape in Camberwell