A woman was reported to have verbally abused a 21-year-old woman, before a man accompanying her placed a handgun in her bag 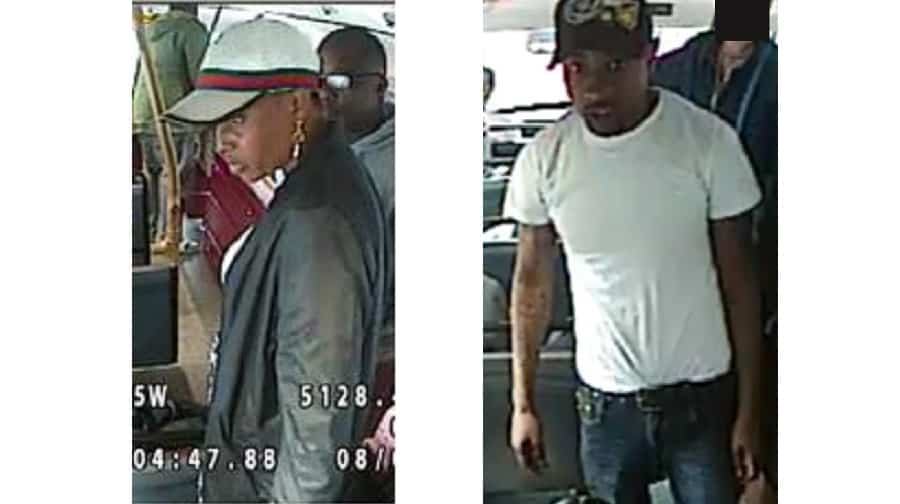 Police are appealing for help to trace a man and woman suspected of carrying a handgun onto a 12 bus between Camberwell and Peckham.

The bus stopped at Camberwell Green where the suspects got on with another man and a child.

The woman sat down next to the 21-year-old, and the man sat in front of her.

The 21-year-old then became the victim of verbal abuse and threatening behaviour from the woman. Shortly afterwards, the man – who was seated in front – leaned over and placed a black handgun into the woman’s handbag.

At approximately 6:25pm, the two suspects, the child and the other man all got off the bus in Peckham Rye.

The male suspect is described as black, aged in his 30s, with short hair and a goatee beard. He had a tattoo on his neck and was wearing a white T-shirt, blue jeans and dark blue baseball cap.

The female suspect is also described as black, aged in her 30s, with short black hair and a neck tattoo. She was wearing a black leather jacket over a white top and a white baseball cap with a red stripe around it.

PC Cara Newton, from the Met’s Roads and Transport Policing Command, said: “We are appealing for anyone who recognises the identity of these two suspects to come forward and speak with us.”

Any witnesses or anyone with information is asked to call the Roads and Transport Policing Command via 101 or tweet @MetCC. Alternatively, they can call Crimestoppers anonymously on 0800 555 111.