‘Help us give Debbie a proper send off’ 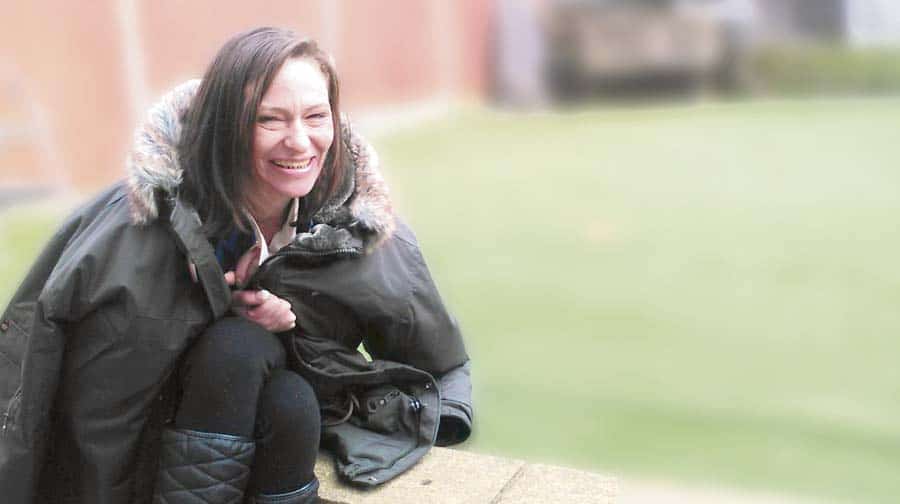 An online fundraising page has been set up to help a grieving charity volunteer pay for his partner’s funeral after she mysteriously passed away a fortnight ago.

Friends and neighbours of former Sunday School teacher, Debbie Watts, said it was like a ‘light had gone out in the street’ when the 48-year-old suddenly fell unconscious and died at her home in Chandler Way, Peckham on May 29. Debbie’s partner of eight years, Jamie Bromfield, said he is “lost without her”, especially as he is now faced with the problem shared by many – how to give a loved one the send-off they deserve when there is no money in the coffers.

Garry Waller, a co-worker at the ex-offenders charity User Voice where Jamie volunteers, has set up a fundraising page online to help his friend give Debbie a final farewell he can be proud of. “Unfortunately, whilst James has worked so hard over the last two years to help people change their lives around for the better, he does not have the financial ability to pay for a funeral,” said Garry.

“This is a plea to raise money to cover funeral costs to provide a fitting funeral for an incredibly deserving woman.” The page was set up a week ago and there has already been £300 of donations, which with a social fund payment, would allow Jamie to have Debbie taken in a hearse from their home to Honor Oak Crematorium.

“There’s a lot of people in our street who aren’t well enough to do the trip to the cemetery – people Debbie used to help with their shopping. So it’d be a good way for them to come and say goodbye,” said Jamie, 49. Jamie would ideally like to have some of his favourite photographs of Debbie displayed on a screen and the song Angels by Robbie Williams played as part of the service. “The times I had to listen to Robbie Williams live at Nebworth! And she’d be dancing round the front room,” he said fondly. “It had to be one of his and it had to be that one.” “I’m keeping going, but I’m just lost without her,” added Jamie, who has been overwhelmed by the love and support he has had from people who knew them both. “It’s been amazing,” he said. “Debbie always said to me ‘I hope I die before you because otherwise there’ll be no one at my funeral’ – “She wouldn’t believe all the people who’ve got involved.”

Jamie cannot proceed with the funeral until the coroner has established and recorded the cause of death, which he estimates will still take another two to three weeks. If you would like to donate to Debbie’s funeral fund, please visit www.gofundme.com/wnyhzs

Southwark NewsNews‘Help us give Debbie a proper send off’