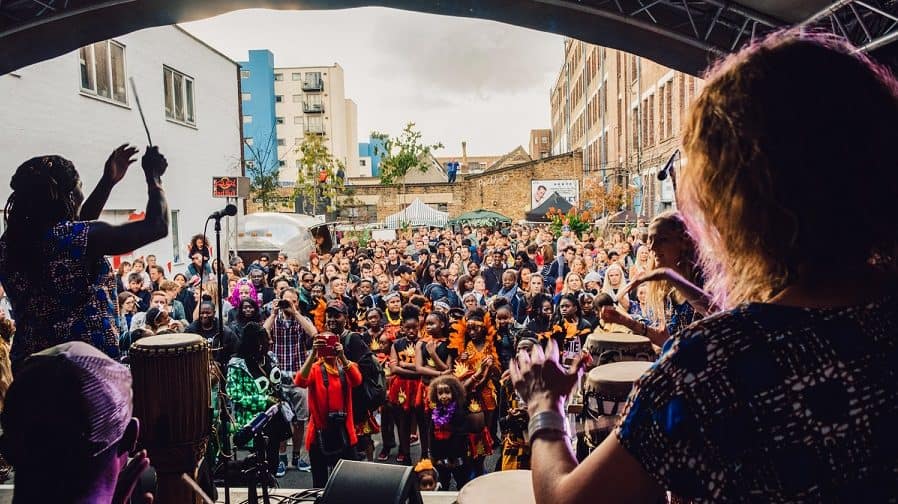 The organisers of the annual Peckham Festival are trying to raise £20,000 so they can keep this year’s event free.

Set up in 2016, the festival aims to celebrate Peckham’s culture and creativity, and last year’s event attracted 15,000 people – and was entirely run by volunteers.

Co-director Ian Graham told the News: “Peckham Festival has taken the bold step to become a Community Interest Company (CIC) and continues to be 100% not for profit and free to the public.

“Whilst community enthusiasm for this event is overwhelmingly positive, we’ve decided to look at alternative ways of raising the money as we’ve only had limited funds been given to us by local businesses thus far.

“If local people and businesses do decide to back the project over the coming weeks via the crowdfunding campaign, there’s some brilliant rewards on offer in return.

“Not only that, they’ll also get a massive feel-good factor for helping this year’s festival to come alive.”

The festival’s crowdfunding page describes Peckham as “the most exciting place to be in London – over 300 years of urban evolution have made it the vibrant cultural epicentre that it is today.

“Unlike many parts of the capital, Peckham hasn’t lost its intrinsic grit and creative intensity.

“Its culture is made as much by the weave salons and three-for-a-pound plantain market stalls as it is by the rooftop bars and world-renowned art scene.”

This year’s festival is scheduled to run from September 14-16.

To donate, visit the Crowdfunder here.