The ocean has brought violence to the shore of many lands, has enabled the slave trade and the forced displacement of individuals 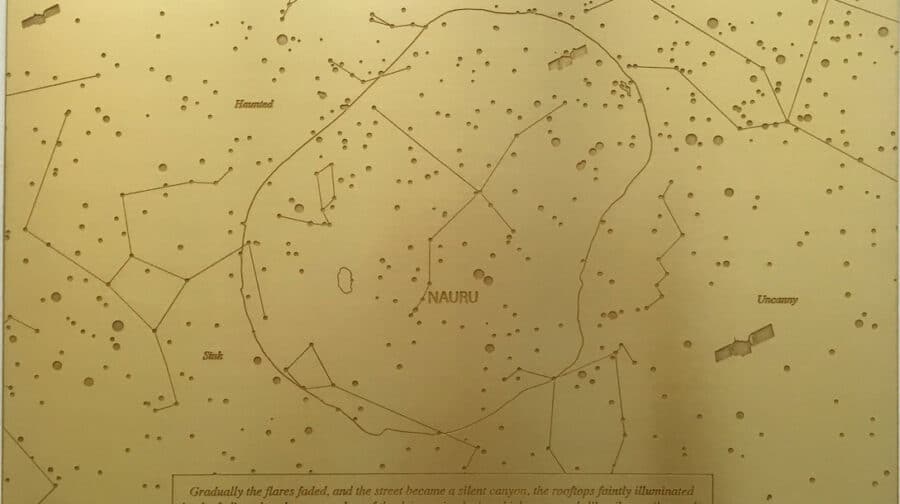 Copperfield, London presents Here Be Dragons*, an exhibition dealing with the ocean-space as a historical connector of places, people and identities.

The ocean is often identified as a void, as a great moat that divides territories, defines distances and sets trajectories. When people talk about remoteness and about distant places on the other side of the ocean, they unconsciously locate their position as the central point of global reference. From our land-based perspective, we perceive the geographic and political space around us taking only the surface into account: what we see on the horizon and what is measurable from a static, onshore point of view.

The exhibition proposes a process of unlearning the way we conceptualise space, rethinking it from an ocean-based perspective that embraces a relational understanding of the sea and celebrates its complexity as an indivisible entity in constant transformation.

This perspective acknowledges a connectivity that complements the functional use of the ocean as a conduit throughout history and detaches from a hegemonic and simplified understanding of identities and territories. The ocean has brought violence to the shore of many lands, has enabled the slave trade and the forced displacement of individuals. Beyond geological connectivity via undersea plates and ridges, stories and identities have travelled through time from sea to coast, from island to mainland and back again. Languages and cultures have merged, memories have sunk and new ones have been kept afloat.

*Here Be Dragons is an expression derived from early Western cartography’s use of monsters and dragons to refer to uncharted and unexplored sea territories, and is indicative of perspective bias.)