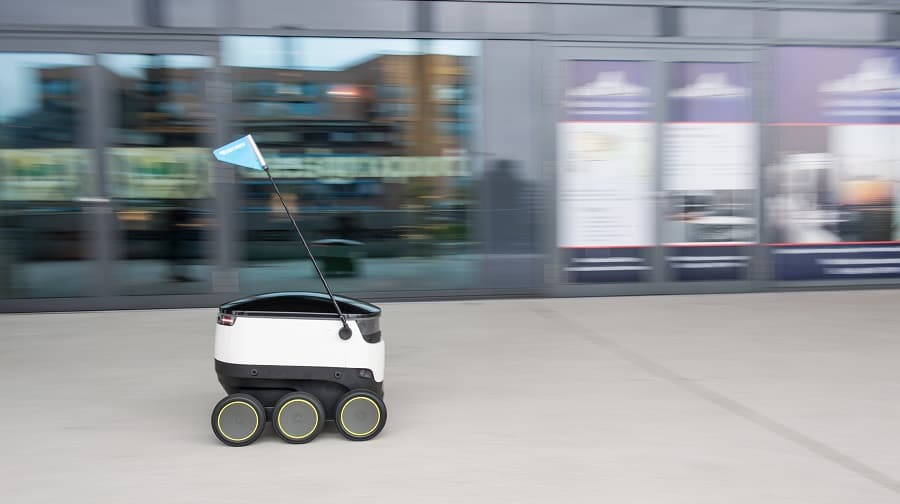 Self-driving robots could soon be seen collecting parcels in Southwark.

Hermes will use a number of Starship Technologies’ six-wheeled robots to collect parcels in the borough as part of a trial.

Initially, the Hermes trial will allow the delivery firm to offer limited 30-minute time slots for the collection of parcels, either for items being returned to retailers or sent by small businesses or consumers via myHermes.

But in the future, the robots could offer Hermes greater scheduling and tracking capabilities.

Each vehicle is 55cm high by 70cm long and incorporates a secured compartment where parcels with a maximum weight of 10kg can be transported, accessible to consumers via a link generated by a smartphone app.

They have six wheels and can travel at speeds up to 4mph per hour.

The robots can be used within a two-mile radius from a control centre, where the vehicles are loaded and charged.

The aim is for the robots to be 99 per cent autonomous in the future, and for them to always be connected to a human operator via the internet and GPS.

In the future, one operator could monitor several robots at the same time and also take control of the robots if required.

“We are extremely pleased to utilise their expertise to explore exciting new ways that will further strengthen our portfolio of services and offer greater choice and convenience for customers.

“We can already see first-hand the success they’ve had with food deliveries in London, and we are excited to team up with them in a bid to revolutionise the home delivery marketplace.”