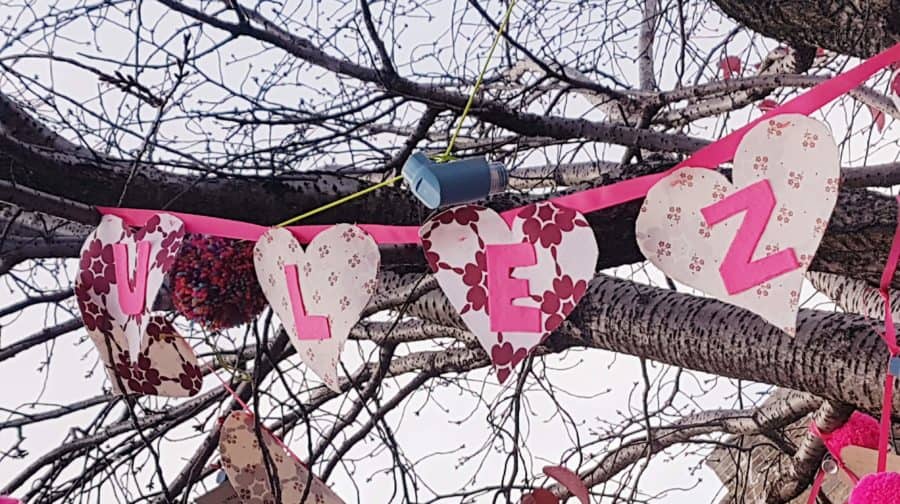 Teddy bears and pom poms adorn a tree in Herne Hill in celebration of the expansion of the Ultra Low Emission Zone (ULEZ) to North and South circular roads.

The expansion means that drivers of cars that are not ULEZ compliant will be charged a fee.

The decorations have been organised by community group Mums for Lungs, who campaign for better air quality to protect the health of young children. The spot in Herne Hill that has been decorated near the railway bridge is particularly polluted, exceeding WHO guidelines for Nitrogen Dioxide and Particulate Matter.

Claire McDonald, a volunteer with Mums for Lungs, said: “I’m really excited about the ULEZ because it feels like a really positive step towards reducing air pollution in London.

“I feel like often it’s framed in terms of “oh I’ve got to get rid of my car,” but actually it’s all about children’s health, and everyone’s health, and we’re living in a situation where we have terrible air quality. Anything that improves that is good in my book.

“I just want people to recognise that that’s what the ULEZ means.” 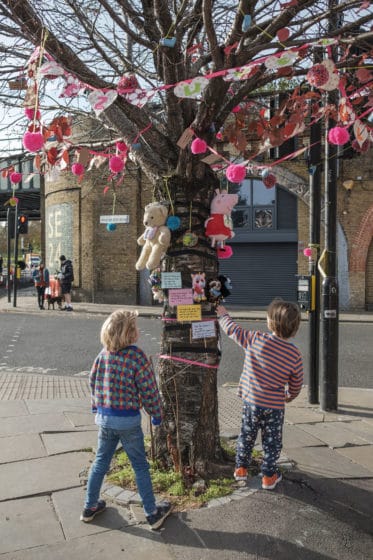 The decorations feature children’s inhalers that the volunteers collected over several months, and teddies with their lungs padded to emphasise them.

This was inspired by the illustrations on pacers – devices which help children use inhalers, and which feature pictures of teddies with their lungs visible.

“It’s very cute, if a little sinister at the same time,” joked Claire.

“We wanted to be a positive celebration but it’s obviously something that, on the flip side, can be quite depressing, so that’s what we’ve tried to capture. 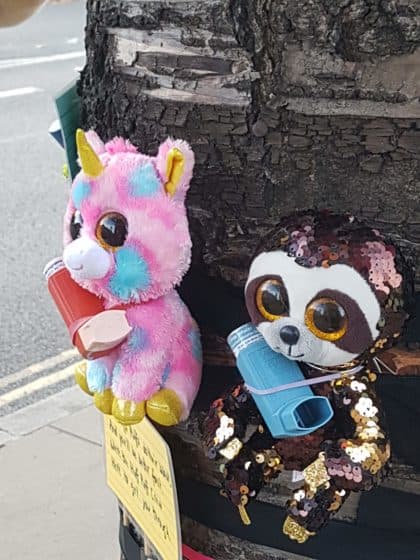 “As someone who got rid of their car because of the ULEZ, I can only say that I feel really positive about that change. We’ve just decided we don’t need a car in London, we’re going car free.

“I understand that people have had to get rid of their cars and potentially buy new ones, and I can understand that that is a problem, but I think we have prioritise our children’s health.

“My husband has a small business near the junction and my concern for him is the air quality of where he works. I don’t think it will affect his customer base at all, but even if it did, I would rather that the air that he breathed was slightly better, because that area is terrible.

“It’s massively polluted, it’s disgusting, and I hate that he has to work there.”

Claire added that she would like to see the ULEZ extended beyond the boundaries, and see measures introduced to improve the safety of cycling.

The decorations will later be taken down and recycled.