Fraudsters are attempting to trick residents out of £140 with fake notices. 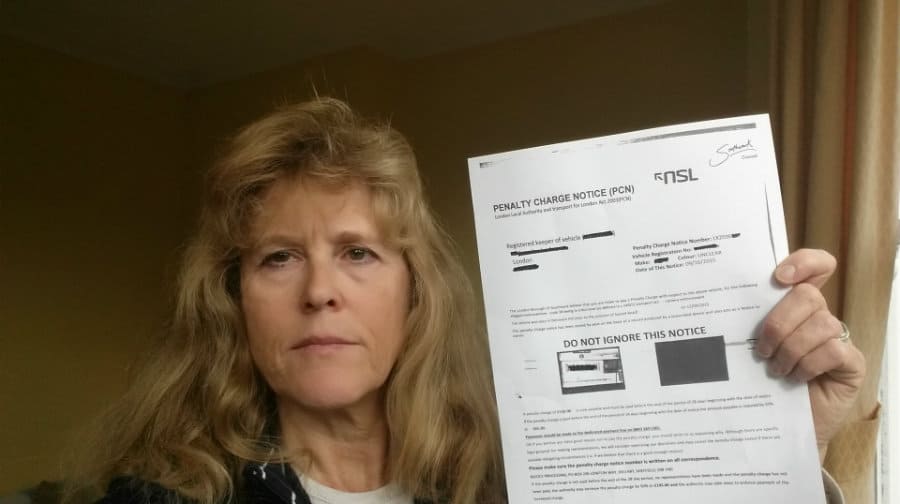 Kathryn Bullock with her notice.

A driver has issued a warning to other road users after receiving a scam penalty charge notice through her letter box.

Last week, the News revealed that scammers were targeting residents with fraudulent notices, purporting to be from Southwark Council and asking for £140.

Marketing professional Kathryn Bullock, who received a letter claiming she had driven in a bus lane in Denmark Hill, told the News: “I didn’t realise it was fake straightaway, I was almost duped. But then I noticed there wasn’t a time for the offence and only a hazy photo.

“There were other clues. It was poorly printed and said Lewisham Council on the back, even though it said it came from Southwark Council. It also said NSL on the front, which aren’t the contractors they use.”

The Herne Hill woman said that the fraudsters had only targeted houses where the cars were parked in the driveways, because they could match up addresses and registration numbers in the letters.

She said: “My neighbour was duped, she was actually about to post the cheque. I caught her as she was literally going to the postbox.

“It’s made me angry because it is the most vulnerable who are most likely to be tricked, and they have the least amount of money to spare.”

Southwark Council’s Cabinet Member for Environment & Public Realm,  Cllr Darren Merril, said: “I’m pleased to say that we’ve only had a handful of enquiries about fake penalty charge notices since this came to light last week.

“I would like to thank the resident who first alerted us, and Southwark News for helping to nip this in the bud by getting our warning out to people.

“I would urge residents to remain vigilant and let us know if they do receive one of these fake notices, so that we can pass them on to the police.”