Jane Codrington faced up to her fear to raise money for Action For Kids. 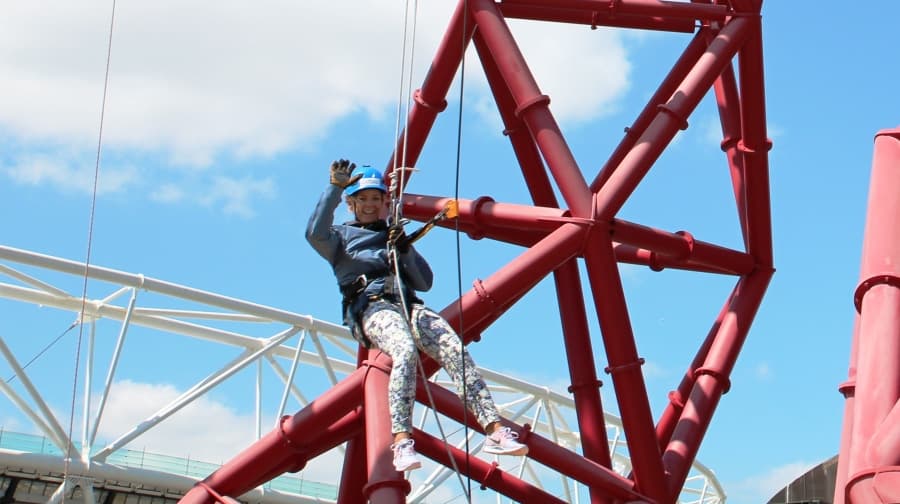 Who roped me into this?! Jane in action

A mother-of-three faced her fear of heights and abseiled down the UK’s tallest sculpture last weekend in aid of disabled children.

“I was petrified,” admitted Jane after she completed the UK’s highest freefall abseil.” The week before I was very anxious and jumpy and didn’t talk to anybody about it. When I was up there holding on to the guy I was thinking that I couldn’t do it.

“I felt euphoric afterwards but my descent was not straightforward – my ropes got tangled and there was a ten minute drama off the platform before I’d even started but I couldn’t get back up, I just had to do it,” said Jane who has vowed never to do another abseil again, but is still glad she did it.

“The high afterwards was so unbelievably overwhelming that you know that you’ve challenged yourself properly. That’s quite remarkable and makes you feel very good about yourself, as well as raising much needed funds,” she added.