The gesture was announced at a meeting last week, soon after a News feature on the continued struggles of Herne Hill traders following the devastating 2013 flood. 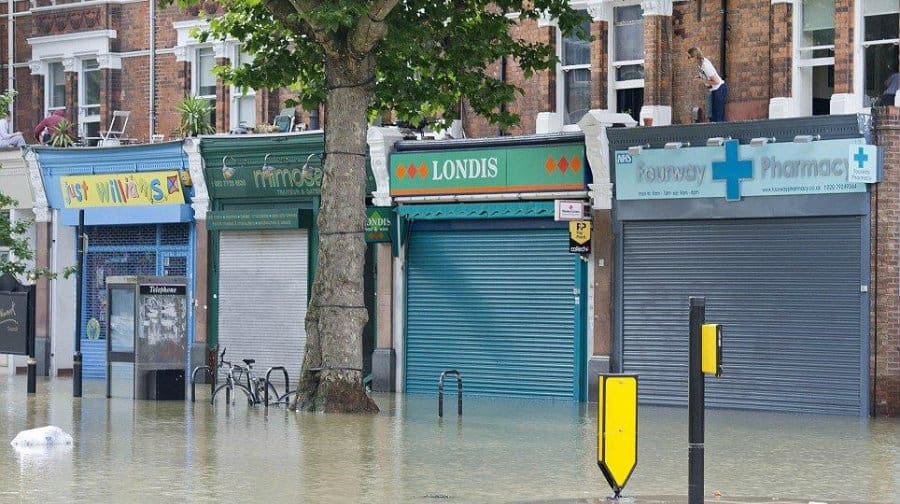 Herne Hill traders have cautiously welcomed news that Thames Water will donate £200,000 to a community fund as a “goodwill contribution.”

The gesture was announced at a meeting last week, which came weeks after the News published a feature detailing the continued struggles of businesses in the area two years after a flood engulfed the area.

Thames Water said that the contribution could help deal with short-term cost issues that will not be covered by the eventual insurance, such as loss assessor fees.

Tamara MacFarlane, who runs the bookshop Tales on Moon Lane, said: “It’s welcome but it will be interesting to see how it will work in the long term. I don’t want to sound ungrateful, but every day we are losing money. We’re still trying to settle our original debt.”

Giles Gibson, of the Herne Hill Forum, said that the money would “give the area a boost.”

He added: “Let’s be clear though – this donation is only a fragment of the £2.3m bill still yet to be paid out, which is having a catastrophic effect on our local traders.”

Helen Hayes MP, who has been working with Southwark Council Leader Peter John on the issue, reemphasised the fact that, despite the gesture, the job was “absolutely not done.”

She said: “It has taken much longer than anticipated for Herne Hill to get back on its feet. A lot of people are still suffering from the flood.

“It’s really regrettable that some of the insurance companies have taken so long to pay up and it’s good that Thames Water have recognised the issue.”

A previous contribution of £100,000 was made by Thames Water previously and was used in sprucing up the area with banners, artwork and trees.

A spokesperson for Thames Water said: “We recognise that the burst has had a much more significant impact on the area than anyone would have predicted at the time, and understand local concerns. We are therefore making a further goodwill contribution of £200,000 to the community fund set up by LB Southwark.”

Tamara (left) and her staff at Tales on Moon Lane