Construction worker Gerard Vowls pelted terrorists with bottles and glasses, and shouted for passersby to run to safety 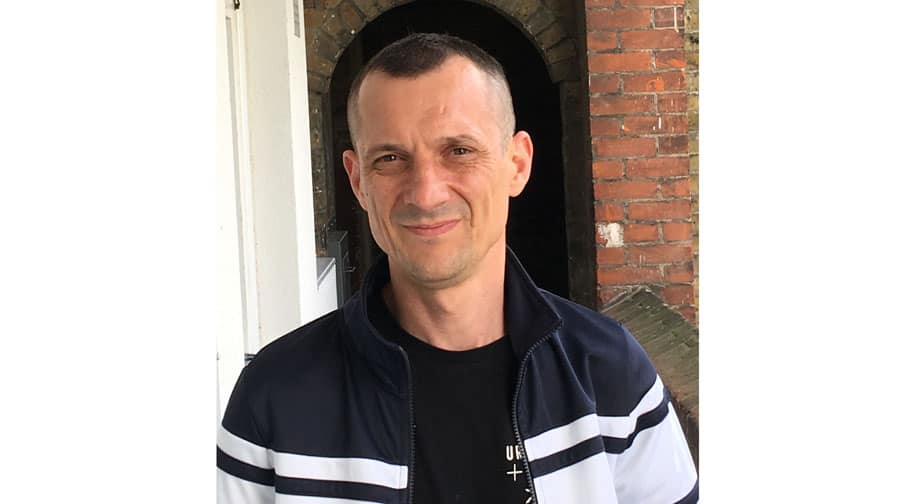 The brave Bermondsey boy who alerted dozens of people to run and hide from the rampaging terrorists has been told by his doctor to stay at home, the man’s sister has said.

Construction worker Gerard Vowls was highlighted as a local hero amidst the chaos on Saturday night, after he told a reporter he pelted the terrorists with bottles and pint glasses.

On Monday the 47-year-old of Wolseley Street also recounted his terrifying experience on TV.

Now, his sister, Shelly Vowls, has told the News that Gerard is avoiding talking about the ordeal, after his doctor advised him to “try and move forward” which he can’t do whilst the world’s media has been “hounding him” for his story.

“He’s having flashbacks. The more interviews he keeps doing, the more it’s not going to help,” Shelly said.

“The BBC have been hounding him hanging about outside his house.

“Another reporter jumped out from around the corner at a shop near his house. And a Sun reporter stopped him at the Tesco in Jamaica Road. It’s been bloody ridiculous.

“Gerard is staying at home and waiting for the limelight to go.” But Gerard and his siblings have also received messages on Facebook from people he helped on the night, who later recognised him on the television.

Shelly said: “Two ladies have said thank you, because had they not heard Gerard screaming, they would only have had seconds to run away to their hotel. They could’ve died. And then they saw him on the news they realised Gerard helped save their lives. One of the women had a six-month-old daughter. They arrived back in Birmingham the next day.”

Another eyewitness, who Gerard’s family saw interviewed on the news, told journalists he recognised Gerard as a man barricading people inside a restaurant, and throwing a table at the terrorists.

Gerard, who grew up in Waterloo and used to DJ in Borough High Street bar Belushi’s, also helped direct police arriving at the scene towards the terrorists, and was there to witness armed officers shoot the three attackers dead.

But Shelly said they are still waiting to hear what has happened to the woman whom Gerard witnessed being stabbed. “We don’t know if she’s alive,” Shelly said.

“It’s taking them so long to release the names of the victims.

“For the first 24 hours we didn’t really realise exactly what he’s been a part, He’s been incredibly brave.”

What Gerard told the BBC on the night of the attack;

“I looked at him, I saw blood all down him.

“The next thing, I saw these three Muslim guys run up with knives. They ran up and stabbed this girl, the three of them. “I was defenceless, I couldn’t do nothing.

“They attacked her, and then they stabbed another guy. “They started running up the road. I started going: ‘everybody run, they’re terrorists, run run run, they’re stabbing everyone’.

“We went down towards NatWest Bank, towards Borough Market, and then we got around there.

“And I was going to people ‘run run run’. I was throwing bottles at them, pint glasses, stalls, chairs.

“I tried to help as many people as I could. At the end of the day I was defenceless mate. I had fell over they probably would have killed me.”