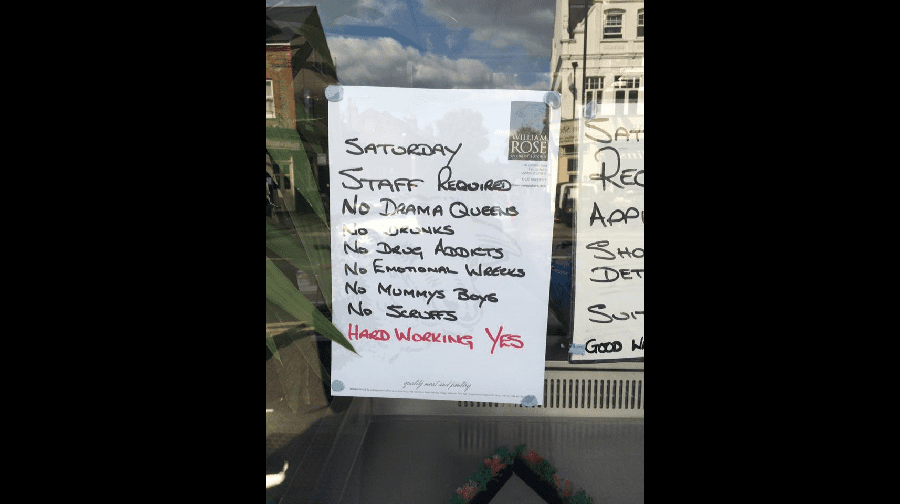 A job advert in East Dulwich butchered low standards last week after a shop put a sign in their window asking for no “mummy’s boy” or “drunks”, writes Alex Yeates…

William Rose Specialist Butchers were thrust into the lime-light after their punchy advert was spotted in their window on Saturday May 14.

William Rose, the owner, told the News they had previously advertised the normal way but had no suitable candidates for a month.

He said: “It was a funny thing to do. We had some people coming in smelling of drink or looking like the great unwashed.

“I started joking about who we didn’t want and all the staff said it applied to all of them. After we put it up we had eighteen people apply and we’ve got one person now training.

“We once had one boy who had something like ten A-stars come in. We gave him a broom and he had no idea how to use it.

“One member of staff joked that you have to twist the handle to make it work. I then walked into the room to find him struggling with it and he told me he was trying to turn it on.”

The butchers have since removed the advert but are going to hang it inside for people to see.