‘His smile would light up a room’: Bermondsey woman pays tribute to ‘kind’ son who died suddenly

'He was a Bermondsey boy, he was a cockney,' Karen Connolly said. 'Pie and mash and liquor - that was him.' 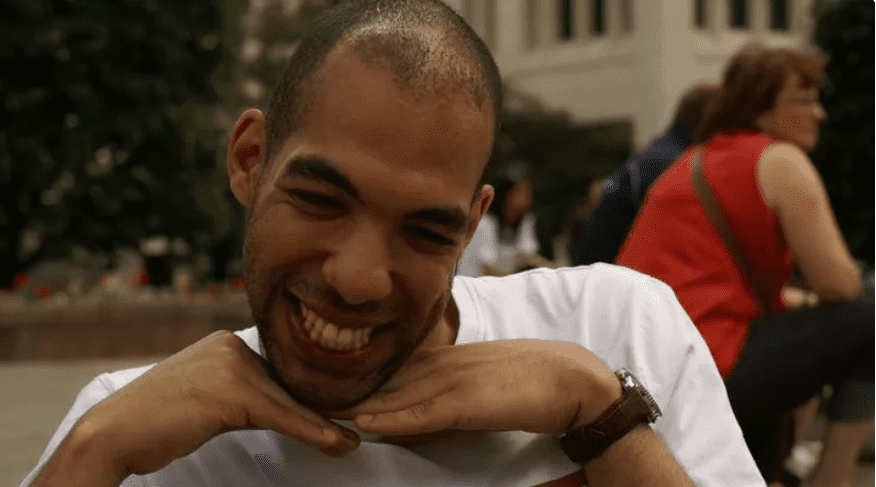 Christopher Connolly, who passed away suddenly earlier this month

A Bermondsey woman has paid tribute to her “kind and generous” son who died unexpectedly at the age of 37, leaving behind his fiancée and two young daughters.

Christopher Connolly, who grew up near the Blue, tragically died at home early in the morning of November 1 after suffering some kind of heart problem. The coroner is still investigating the cause, his mother Karen said.

He left behind his fiancée Jenny, three-year-old daughter Nova and six-month-old baby Lyra. Christopher’s death was a shock, Karen said, because he had never had major health problems.

Christopher was raised by Karen and his grandmother Connie, Karen told the News. She said that he was much loved by everyone he knew, although his childhood was difficult at times.

“Everyone loved him – his smile would light up a room,” she said. “He was a memorable person, and he helped everybody. He was kind and generous. He had a presence, he was a smart, nice person. He was nice in his life, nice to his friends, nice to everybody. No one has ever had a bad word to say about him as far as I’m concerned.

“He was a Bermondsey boy, he was a cockney,” she said. “Pie and mash and liquor – that was him”.

Christopher taught summer schools at Bacon’s College in Rotherhithe and helped his mother with security jobs at children’s events, she said – which showed off his playful nature.

“I’d turn away for a second and then all of a sudden he would pick up one of those magic thumb [toys], he’d be dancing round with the thumb instead of doing the security. That was what he was like, he lived his life happy.”

He went on to do IT contracting at a senior level for big companies across London, Karen said, which can be well-paid but unstable work, especially since the pandemic.

Christopher met his fiancee Jenny and bought a house in Chadwell Heath, in east London. Their dream eventually was to move to America or Canada, Karen said – but she added that he never forgot his Bermondsey home.

“He learned to drive so he could come and get me to east London from south London, so it wouldn’t cost me money. That was the kind of man he was.”

Unfortunately there were some expensive problems with the east London house that, along with work, Karen says may have caused her son a lot of stress.

She said that she last spoke to him at 11.20 on October 31, less than five hours before he died. When Jenny called to tell her the tragic news, she could not believe it at first.

“I’m still in shock, it’s like someone’s going to wake me up and say it’s not real,” she said.

His body is now with Albin’s and Karen paid tribute to the “amazing” local funeral home. “The respect and dignity they give the dead is wonderful,” she said.

The funeral, in early December, will be a small event for family and close friends only, but Karen asked anyone who wants to sign the condolences book to get in touch with Albin’s on 020 7237 3637 or email info@albins.co.uk

Unfortunately, Christopher was still paying off the mortgage on his house and there were various other financial concerns. This is set to be a difficult time for the young family without their partner and father, Karen said.

She has set up a fundraiser for people to help, which you can donate to here. Karen asked people not to send flowers to the funeral but to give a donation instead.

Karen also begged people to have regular check-ups to avoid dying suddenly like Christopher. “My son was healthy, he went to a gym in his corporate offices. He never smoked, he never drank, he never took drugs.

“It’s not fair at all. Your children aren’t supposed to go before you.”