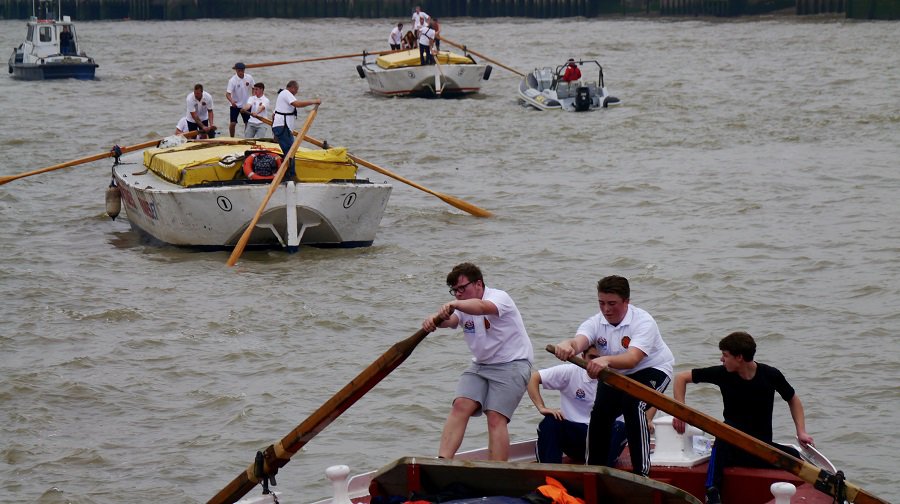 Crews armed with fifteen-foot oars will race historic 30-tonne barges along the River Thames this weekend.

The 43rd annual Thames Historic Barge Driving Race will take place over a seven-mile course between the Royal Borough of Greenwich and the City of Westminster this Saturday, June 30.

Each barge taking part is almost 100 years old and will be manned by fifteen-foot oars used by crews of freemen and apprentices of the Company of Watermen and Lightermen.

The crews’ navigational skills will be put to the test as each barge attempts to collect at least one pennant flag from a moored barge along the course.

The event commemorates the skills of traditional Thames watermen and lightermen who used to move freight around on the Thames by barge using oars (or sweeps, as they were known) and the strong tidal currents of the River Thames alone. The movement of cargo on the River Thames by this method was used until the closure of the Central London docks in the 1970s.

The Thames Barge Driving Trust was established in January 2016 and formerly known as Transport on Water.

The original organisation was started by a group of journeymen, lightermen and watermen in 1974 in an attempt to reverse the decline of the traditional lighterage industry on the River Thames.

The race will begin at Greenwich at 12pm on Saturday, June 30.