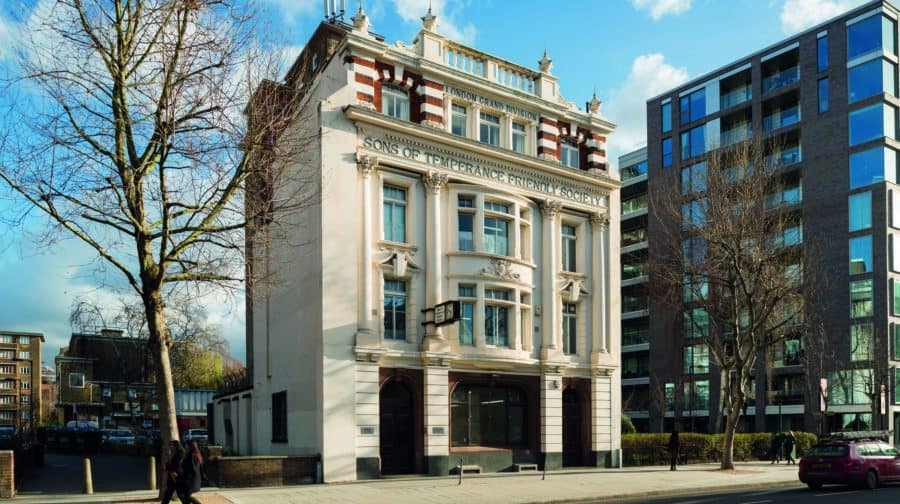 The building on Blackfriars Road was sold for more than £4million

A historic Blackfriars Road building, once the home of the teetotal Sons of Temperance Friendly Society, has been bought by an Italian furniture designer.

The Grade II-listed building at 176 Blackfriars Road may now become Pianca’s new London HQ or a flagship furniture store after being sold for £4.4million.

The building was originally the headquarters of the London Grand Division of the sobriety society from 1910 to 2013.

Initially built on the site of two terraced houses in 1910 for the society, the building bears the Sons of Temperance name above grand pillars, alongside original stained glass and mosaics.

Founded in the states, the alcohol-free group’s London location was the largest in the country, and retained as many as 8,000 members as late as 2007.

However it later merged with the Compass Society, based in Hampshire.

Adrian Gurney, of the estate agents KALMARs, said: “176 Blackfriars Road is a striking building in a prominent position with its rich history as the former headquarters of the Sons of Temperance Friendly Society.

“The building’s original details are showcased whilst providing substantial office space of a high quality.”

He added that the agency was proud to have been involved in the sale of “one of the most iconic buildings along Blackfriars Road.”