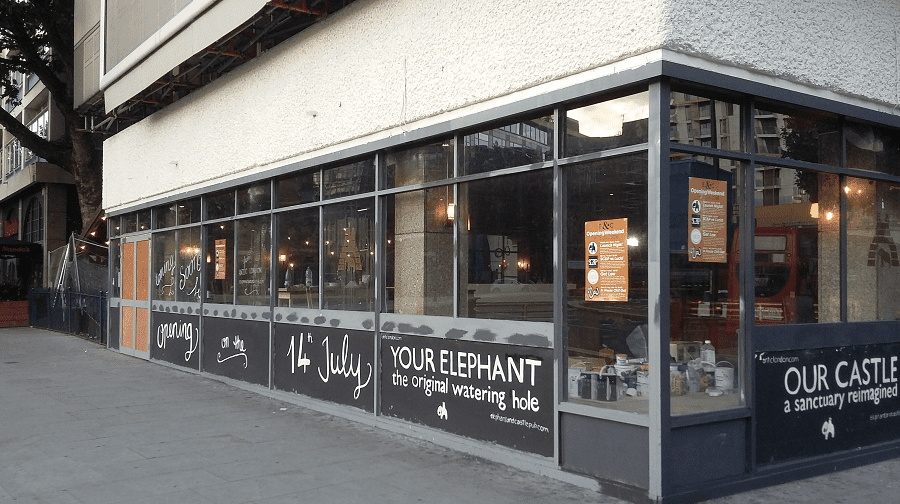 The historic Elephant and Castle pub reopens today under new management, one year since it was taken over by squatters.

The old boozer will now enjoy a retro, seventies facelift, with an offering of “good British food and beer” after it was bought by Antic London.

Max Alderman, managing director of the Antic brand which runs the Tiger in Camberwell, the East Dulwich Tavern and John the Unicorn in Peckham, said he wanted the pub to become a home for all.

“The Elephant and Castle is a long-establish pub and we’re not going to ignore that,” Max said.

“Our offering will be broad ranging and we will try and to inclusive to everyone. We have a 2am licence for Friday and Saturday, so we want people to have a fun night out, come in for a roast dinner on a Sunday and a good drink after work.

“It will be all hands on pump and finding our feet, as we’re opening our doors to welcome people in for a drink, then we will open to kitchen perhaps in a couple of weeks.”

“We will have DJs at night time but otherwise the music will be good old fashioned stuff that we all love. On the menu we want a lot of overlooked, hearty, classic British meals that you don’t find often enough.”

The drinks menu promises a selection of wines and ales, Antic’s own George Arthur cider and Volden beer, with local Bermondsey brewers Orbit and Four Pure.

Dunia Goymer, head of design, said: “I want the aesthetic to be true to the origins of the building.

“It’s a sixties building so everything inside has a sixties or seventies retro feel to it and we want to cater to all ages.

“All the decor is going to be original, vintage furniture and fittings that we have hunted high and low for. The wallpaper, the high tables and bar stalls, ladderax shelving everything is original.”

In July last year, squatters held a month-long demonstration against gentrification, before they were evicted by police in a dramatic early-morning raid. A local shop keeper described seeing 20 to 25 squatters being led out in their underwear at 4am on July 23.