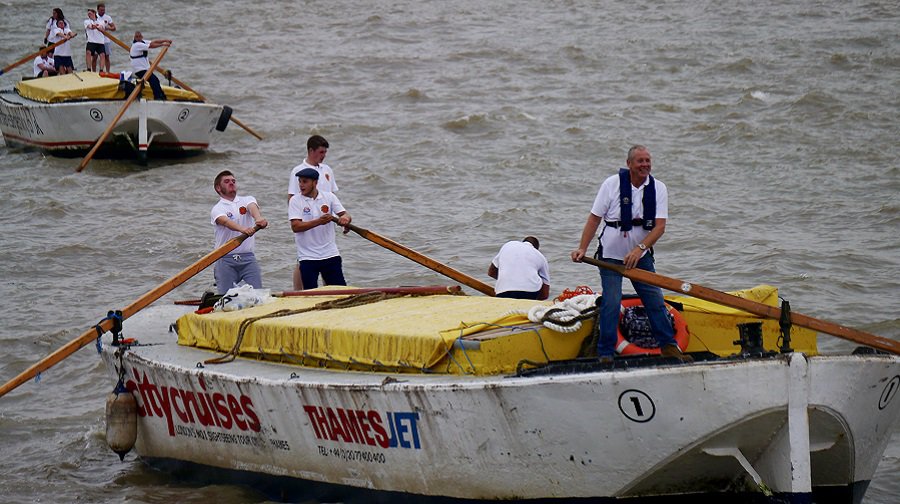 Strong-armed river-workers will race historic barges weighing up to 30 tonnes each along the Thames this weekend.

Around twelve teams of four to six members will be battling against each other as part of the 42nd Thames Historic Barge Driving Race.

The 90-minute race will begin in Greenwich at 1.30pm on July 15 and will follow a seven-mile course to Westminster Bridge.

Each barge taking part will be nearly 100 years old and will weigh up to 30 tonnes.

They will be manned under 15ft oars by crews of freemen and apprentices of the Company of Watermen and Lightermen.

The crews’ navigational skills will be put to the test as each barge has to collect at least one pennant flag from a moored barge along the course, as they navigate the river’s currents.

The event commemorates the skills of traditional Thames watermen and lightermen who used to move freight around on the Thames by barge, under the power of oars (or sweeps), using the strong tidal currents of the River Thames alone.

The movement of cargo by this method was used until the closure of London’s docks in the 1970s.

This year, Admiral Alan West, Baron West of Spithead GCB DSC PC, who was the First Sea Lord and Chief of the Naval Staff between 2002 and 2006 and is also president of the Thames Barge Driving Trust, will assist in handing out the winners’ trophies.