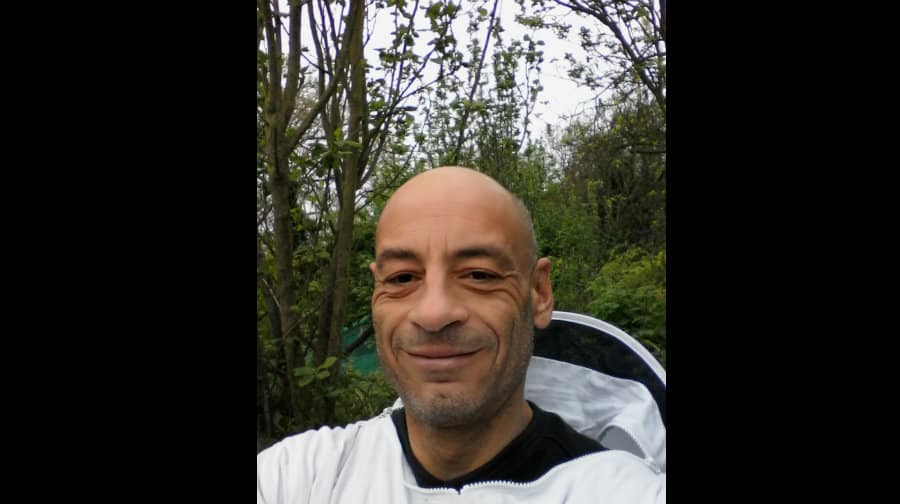 A bee enthusiast from Peckham has been left buzzing after being crowned with the capital’s best bee keeping award, writes Jade Parker.

Paul Vagg, 48, of Stanbury Road, only began bee keeping three years ago. Since then he has set up four hives in his back garden, as well as looking after another fifteen training hives nearby that are used to educate new bee keepers.

In his free time Paul gives talks to local groups, including school groups which he particularly enjoys. “Kids become enthralled by the bees and very engaged”, he said. When not giving talks, Paul helps collect stray bee swarms.

He told the News of his shock when on one routine call the bees got out of control: “The sky turned black with a feral swarm, they covered the buildings along Stanbury Road… there must have been over 100,000 bees loose.” Paul stepped in to advise neighbours to stay indoors whilst the swarm dispersed.

Paul was buzzing with excitement after receiving the esteemed London Bee Keeper of the Year award last week. Swarms of people turned up to the London Honey Show last Sunday, where he received the award to thank him for his dedication to the beekeeping community. Paul said he was ‘stunned’ to receive the award as he is not very experienced. “I really wasn’t expecting it,” he said.

Despite being told several years ago that because he was permanently on crutches he would not be able to become a bee keeper, Paul has obtained qualifications in both basic bee keeping and is working towards becoming a Master Beekeeper.

To find out more about how you can help bees in your area visit: www.lbka.org.uk