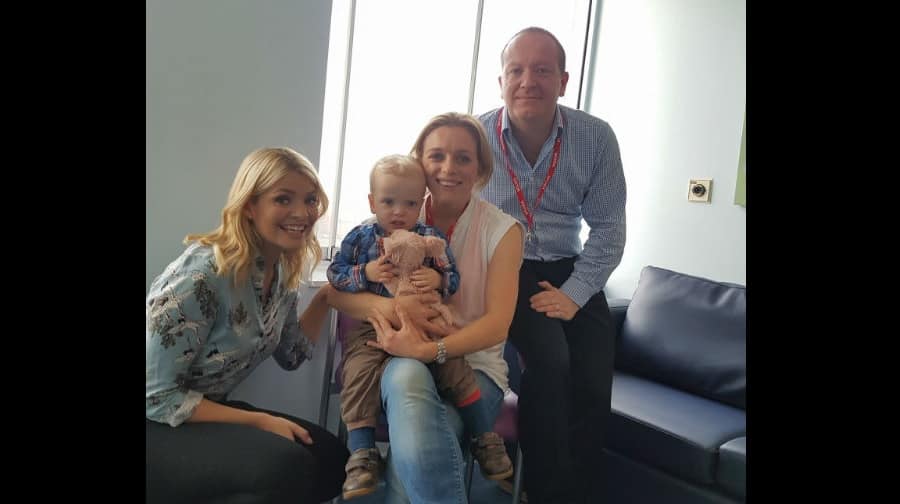 The star was on the ward to raise awareness of all the wonderful work that midwives do.

Holly spoke to new and expectant mothers and became choked up after meeting some of the newborn babies on the ward, joking she “might change jobs.”

She was joined by Ferne McCann, star of The Only Way is Essex, who lent a hand to a team of community midwives and Dr Ranj Singh, This Morning’s Resident medic.

Holly is pictured with Su and Graham Harper and their youngest child William. The family came along to thank the hospital for the exceptional care they’d been provided with from consultant Prof. Andy Shennan and the team.

Lynne Pacanowski, Director of Midwifery, says: “Being a midwife is a really rewarding job, but to have the opportunity to celebrate all the great work that midwives do makes it even more special. They say no two days are ever the same but I still didn’t expect we’d end up live on This Morning!”