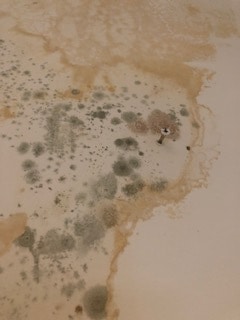 Mould and damp after the leak in the Peckham property

Two distraught families were forced to move out over Christmas after serious leaks left them with no electricity, destroyed their furnishings, and even led to a collapsed ceiling as Southwark Council struggled to cope with holiday emergencies.

Tony Dolan, who lives in Peckham’s Laburnum Close, told the News the Friday before Christmas he was getting in touch out of “desperation” after having hot water leaking into his flat due to a damaged service pipe for more than a month, despite daily calls to the council’s repairs service.

On December 20 he explained: “I have three young children in my property, two of whom suffer from severe asthma and due this leak from a Southwark Council service pipe my son aged three has a chest infection.

“I have sent the council numerous pictures, emails and calls yet still no one to be seen. To top things off I have contacted my housing officer and after leaving five voicemails I eventually got through to him and explained my problem only to be told, and I quote, “it’s not my job”.

Southwark’s contractors were able to turn off the electricity to make the newly decorated house safe, but without electricity and with water still flowing into the damp home they had to spend Christmas at Tony’s mum’s house.

On January 2, he updated the News: “When I spoke to someone they stated that unless it’s gushing out it’s not urgent.

“Does it take one of my children to open the cupboard door and get scalded with boiling water for it to be urgent?”

Jamie Kelly, from Tissington Court in Rotherhithe, had his own nightmare before Christmas.

On December 20 he, his partner, who was 31 weeks pregnant at the time, and their two-year-old daughter woke up to water streaming through their light fittings.

Emergency workers turned off the electricity supply, but advised the leak would not be resolved until early January – leaving him devastated that his pet fish may die without power for their tank.

Fortunately the leak was stopped three days later, but the now-collapsed ceiling won’t be seen by contractors until later this month.

“I’ve had to spend half of Christmas and New Year alone because the council didn’t think it was an emergency,” he said on Sunday.

“My ceiling collapsing when I’ve got a two-year-old running around. They’re in Hastings at my mum’s house and I’m home alone.”

Jamie says the leak and water damage is the “last straw” after problems including asbestos tiles, a bathroom “falling to pieces” and heating that has constantly broken over the last two years.

“This is no place for a child and a baby to be living in. I am absolutely fed up. They want their rent money and council tax,” he said.

“We want a nice home that we deserve. Always a temporary fix or no fix at all.

“No electric and then wait till 3rd of January for the leak to get fixed. Right before Christmas. They are ruining our lives.”

Councillor Kieron Williams, cabinet member for housing management and modernisation at the council, apologised to the families for what they had to cope with over the holiday.

“Our engineers visited Mr Kelly’s property on the day he reported the problem to make the electrics safe. Roofers have already attended and further works are ordered, including the asbestos work,” he said.

“We have also now accessed the property above Mr Dolan’s, fixed the leak and begun work to dry out and repair the damp.

“Gaining access to fix leaks from neighbouring homes can be difficult, particularly when tenants are away for Christmas.

“We have a dedicated team to deal this and we do force entry where we have to but understandably we first have to take reasonable steps to arrange for the tenant or leaseholder to let us in.” 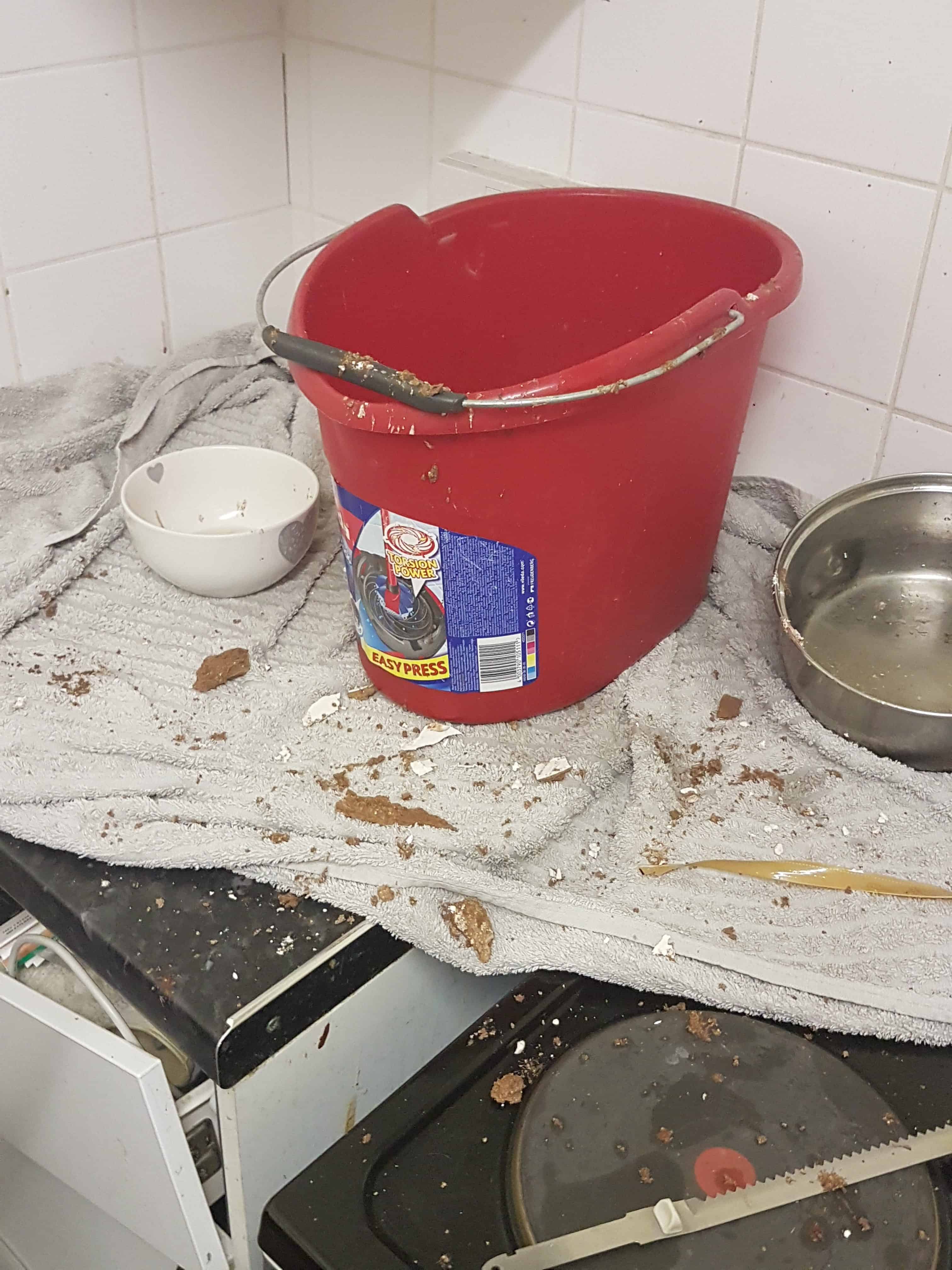 A bucket catching water, and bits of the ceiling, in the Tissington Court flat 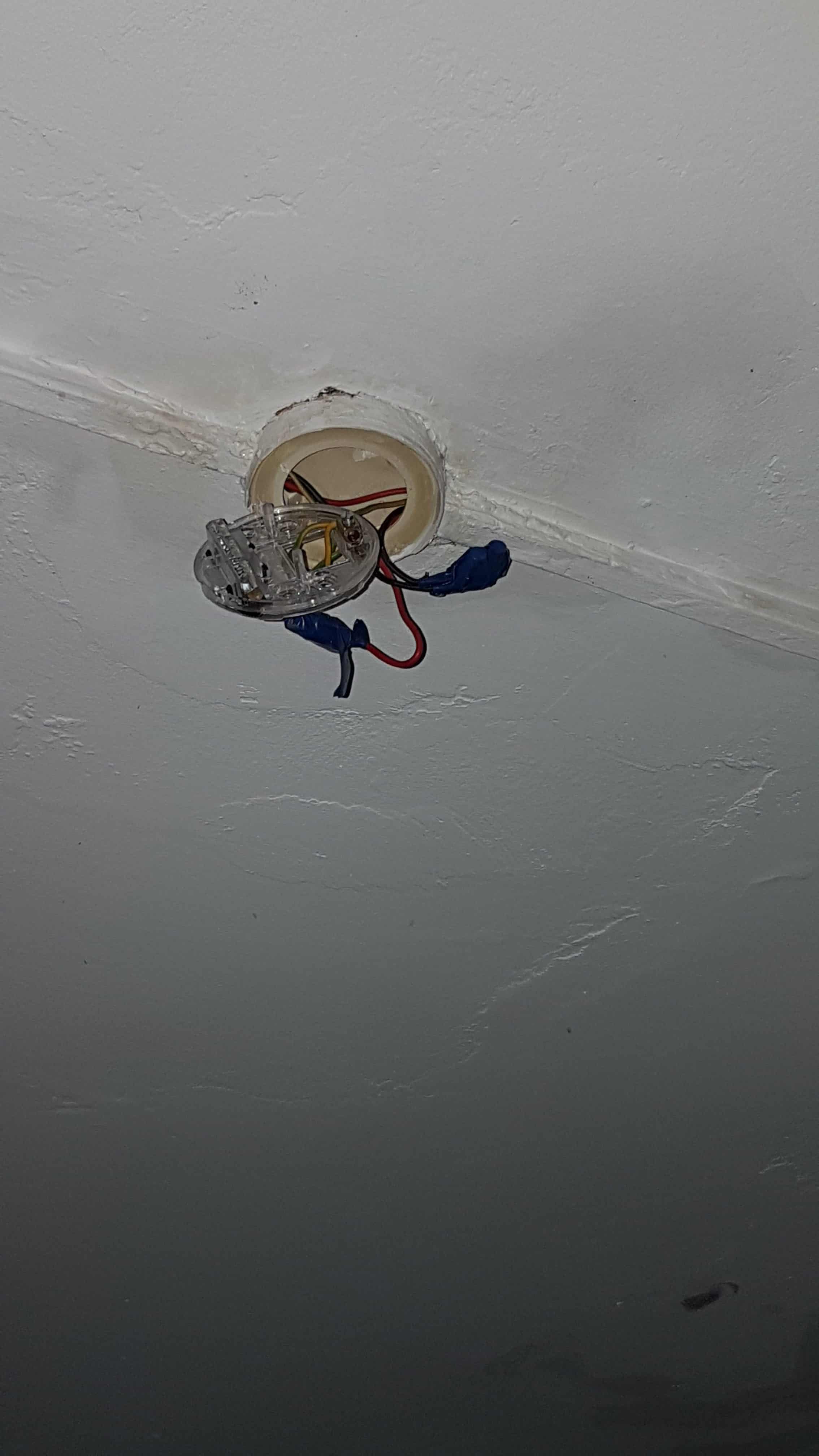 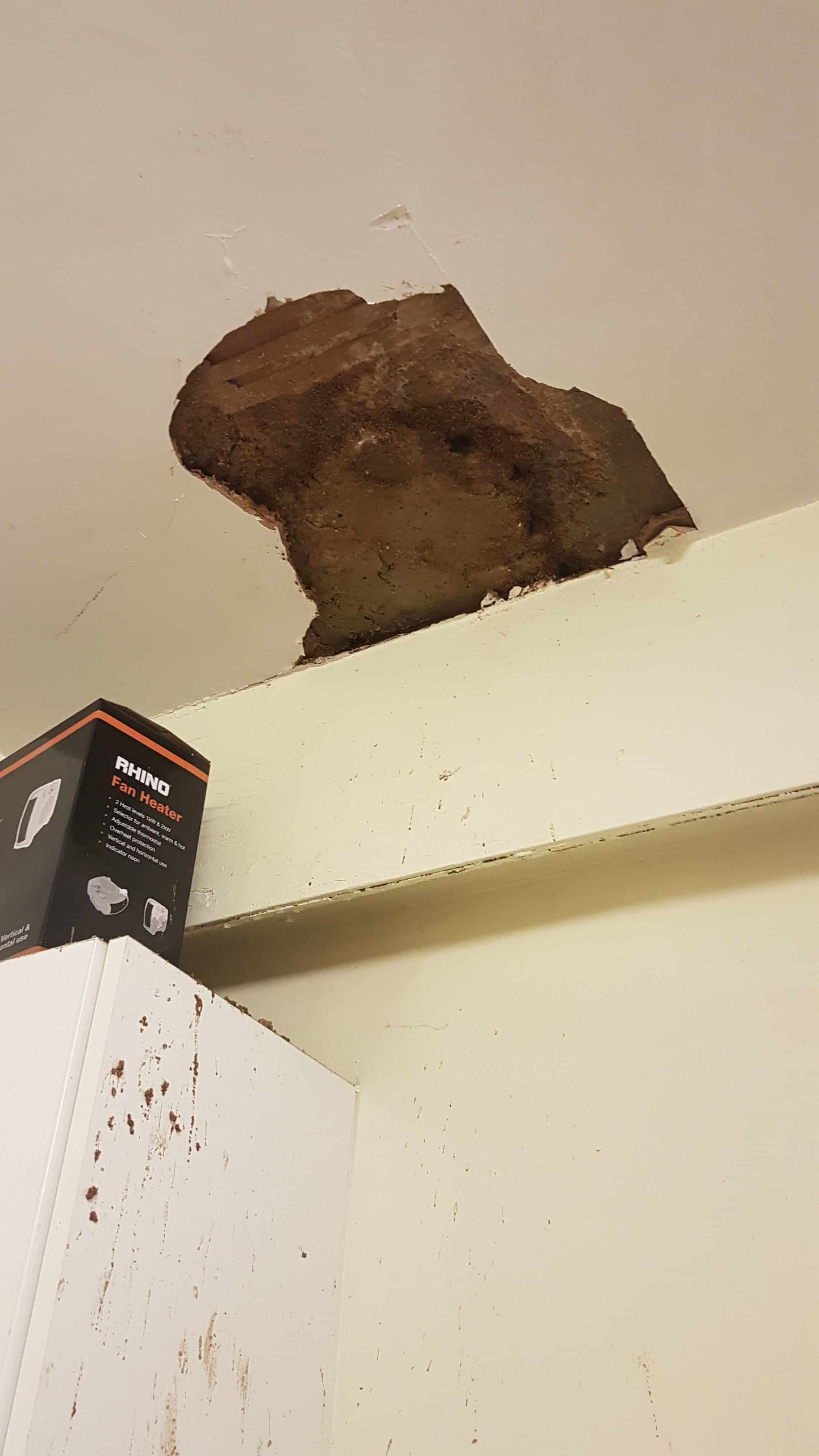 Mould and damp after the leak in the Peckham property