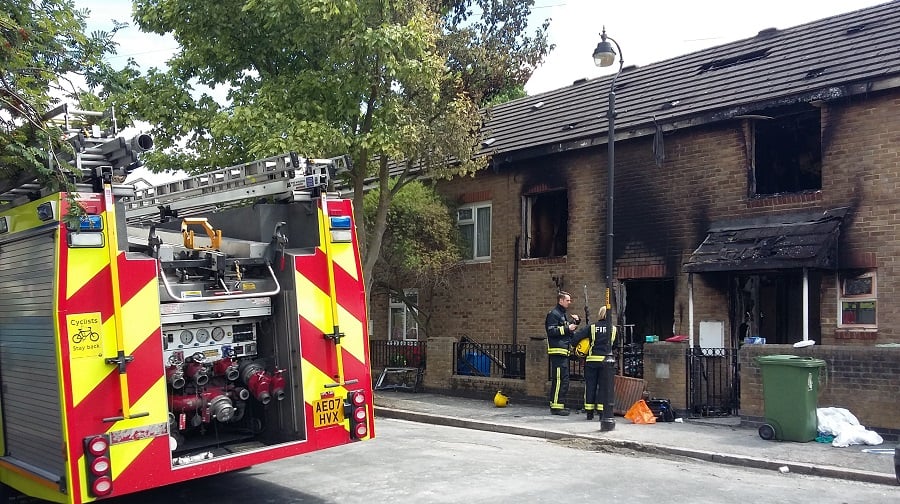 The ground and first floors of a home were gutted in a blaze in Peckham in the early hours of this morning.

Thirty five firefighters battled to stop the fire spreading from the mid-terrace property to adjacent homes on Wingfield Street, Peckham, on July 10, from 2.40am to 4.45am. A large part of the roof was also damaged.

Three people were led to safety through a neighbouring property to the back garden. Another person left the house before the brigade arrived. All four people were taken to hospital by ambulance. It is not known how they now are.

Fire crews from Peckham, New Cross, Old Kent Road, Brixton and Forest Hill fire stations attended the incident. The cause of the fire is under investigation, the brigade said in a statement.