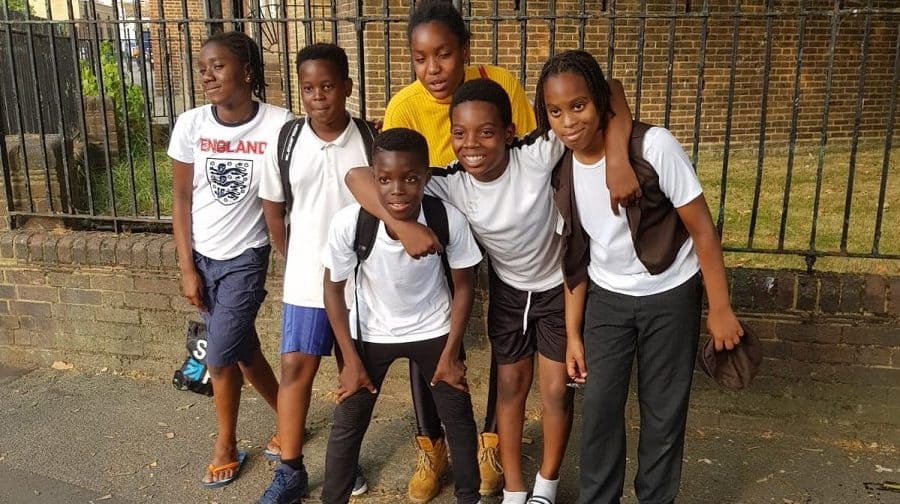 A Brandon Estate charity that helps teenagers make ‘clean’ music says that youth violence has escalated since it was forced to leave its HQ. Mercy Mission International mentors young people living on the Camberwell estate and helps them learn music skills including recording and producing, with non-violent lyrics only.

Pastor Julian Khan says the charity has worked in the area for nearly seven years, but in December was forced to move out of its Maddock Way base to a temporary home on Hillingdon Street – where they have less space and are unable to use all their equipment.

The Pastor’s project were informally renting an office with another charity, but after its partner’s lease with landlord Southwark Council came to an end, it emerged that the building needed tens of thousands of pounds of maintenance work and would be closed for the foreseeable future. The council says the charity has been offered new premises, but has rejected them.

“Since we stopped there have been lots of violent crimes around the area. Lots of people have been stabbed – sometimes on a daily basis,” he said. “These are kids that used to come down into the centre. I know them very well. I know their parents and I used to counsel them – but now we do not have the facilities anymore. We do music, drama, and had a studio where they could make clean music that tells a positive story.”

According to Pastor Khan, usually around 25 young people would turn up – but this could rise to anywhere from fifty to one hundred kids.

Police are particularly concerned about drill music, a type of aggressive rap believed to be partly behind the rise in stabbings across London.

As the News reported last week, police say rival rap groups are challenging each other with explicit lyrics.

The Brandon Estate has been hit particularly hard by tragedy.

Seventeen-year-old Rhyhiem Ainsworth Barton died on Sunday, May 5, after being found shot on Warham Street.

And on Wednesday August 1, a man was knifed to death and two others injured in a triple stabbing on the very same street.

Pastor Khan says his specialist equipment needs a safe, permanent location, but the charity is unable to stump up for expensive rents elsewhere in Camberwell.

When contacted by the News, Cllr Victoria Mills, Southwark Council’s cabinet member for finance, performance and Brexit, said: “The property was rented to an entirely different organisation who chose to break their contract in March this year and the council wasn’t even aware of the Mission’s use of the building until the building was closed.

“Unfortunately the building’s heating system has significant problems that will cost the council thousands of pounds to replace, which is why we are not looking to rent it back out to anyone for the moment while we review the situation and look at what we can do in the future.

“The situation has been fully explained to the Mission and alternative premises have been suggested and turned down.

“We recognise the importance of offering community activities, especially for young people, so the council, with local charities, runs a great programme out of the nearby Brandon Youth Centre.

“In light of recent incidents we have also commissioned local charity iiChild to run extra activities for local young people for the rest of the summer holidays.”

But Pastor Khan is still holding out hope: “Maddock Way was the perfect place.

“If we’re unable to move back in or find a suitable new home I do think it would undermine everything we have ever done with the young people here, and send all our efforts down the drain.”