The charity, founded by 'Pearly King' of Peckham and Camberwell Jimmy Jukes, will use its Cope Street centre to help homeless ex-servicemen and servicewomen. 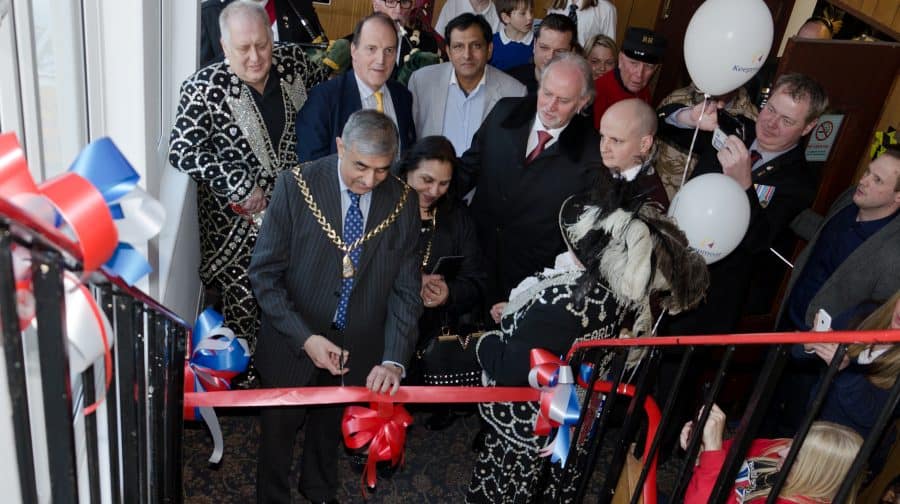 The grand opening of the new Homes 4 Heroes centre.

The opening of a new help centre in Rotherhithe for ex-armed forces personnel was attended by an array of special guests last week.

Homes 4 Heroes UK officially unveiled their new centre at the Surdoc Club in Cope Street on Friday with an evening of music, speeches and entertainment.

The Mayor of Southwark Sunil Chopra and MP for Bermondsey and Old Southwark Simon Hughes were both present for the special event.

“The launch was absolutely brilliant, I am over the moon,” said Jimmy Jukes, founder of the charity and Pearly King of Camberwell and Peckham.

“There were even more people than we expected, which was great, because the more people we can get involved, the better. A huge thank-you must go to Michelle Thorpe, a director of the charity who has done a huge amount of work.”

The charity was founded in 2010 with the intention of helping ex-servicemen and servicewomen who have found themselves living rough after completing their national duty.

Jimmy befriended a homeless, injured soldier and was horrified that someone who had given so much for his country had found himself so vulnerable and alone. Jimmy said: “We want to help everyone, from 18-year-olds to 118-year-olds, ex-army, ex-marine, ex-air force and ex-marine – everyone and anyone!”

Jimmy’s long-term aim for the charity is now to open a hostel.

Simon Hughes MP said: “I am a big supporter of UK Homes 4 Heroes – and it was an honour to attend the opening of the new centre in Rotherhithe last week. Jimmy and Michelle have done Bermondsey and Rotherhithe proud.

“The least anyone can ask for is a safe and clean living environment – and the commitment to our ex-service personnel shown by UK Homes 4 Heroes is an example to us all.”

Following an appeal by the News before Christmas, A&E Elkins and Keepmoat completed an estimated £20,000 worth of work for free to help transform the centre.