'We know it’s happening, and we are taking a wide range of steps to address it' 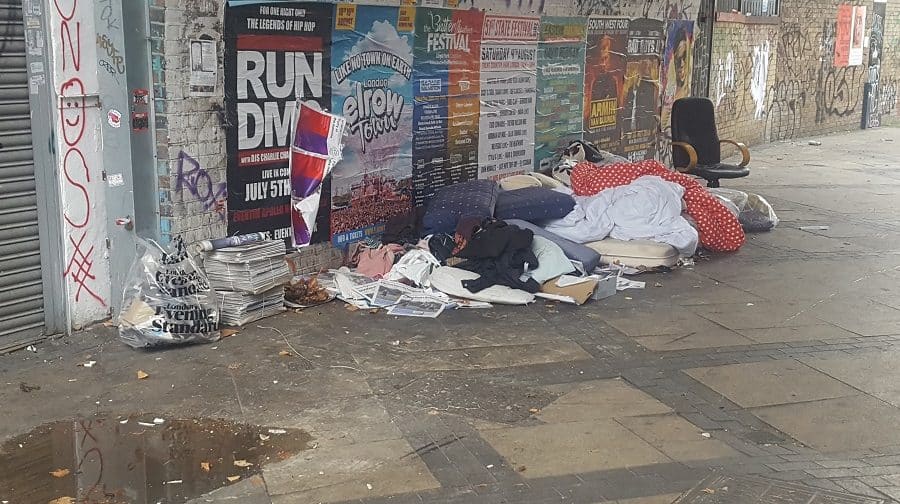 Abdullahi Makokha, an IT engineer from Peckham’s Lyndurst Way, told the News: “For the past few months, around Peckham Rye Train Station has become a dump.

“It smells of urine and human poo, filthy and dirty with all kinds of rubbish from furniture, chairs, mattresses, blankets, all kinds of drug paraphernalia.”

Mr Makokha went on to describe the rough sleeping encampment, which has sprung up outside the overground station under the arches, as ‘a shame for the borough of Southwark’, and ‘absolutely shocking’.

His concerns are echoed by Peckham Business Network, which has highlighted urine and faeces, dumped rubbish and rowdy drinkers near the arches in tweets to the council and Network Rail.

In response to our story on page three, reader Derek Kinrade, from Highshore Road wrote to the News saying: “Is it not remarkable that Peckham should be judged one of the coolest neighbourhoods in the world when parts of it are allowed to be the filthiest, for example, behind Superdrug, Rye Lane and Peckham Rye station forecourt?”

Photographs from this week show long-term beds made from wooden pallets surrounded by piles of blankets, beer cans and rubbish.

The sad scene is evocative of the large-scale encampments of the 70s-90s, like Waterloo’s Cardboard City.

But in recent years rough sleepers have once again become more visible across Southwark, which has seen one of the largest rises in the UK, attributed to changes in welfare, lack of affordable housing, and cuts to services such as drug and alcohol support.

The chief executive of Peckham foodbank Pecan, Chris Price, confirmed that the team had seen a rise in rough sleepers, saying last year 82 people were referred to the service due to homelessness.

Councillor Stephanie Cryan, Southwark Council’s cabinet member for housing and modernisation, said: “I do understand how people can find begging and rough sleeping around Peckham Rye Station intimidating and I would encourage residents to keep reporting any specific issues, but we know it’s happening, and we are taking a wide range of steps to address it.

“We continue to talk to those who are sleeping on the station grounds and we have assisted some with appropriate housing, but we know others are still using the station to sleep or to beg.

“While we attempt to support the groups via our outreach services, sadly some do not wish to take our help.

“While finding housing for everyone immediately will prove very difficult, we have an outreach team which is doing all they can and will continue to do so.”

And, remarkably, the council has claimed some residents and local businesses are not supporting their efforts getting people into permanent accommodation.

“To complicate the situation, some members of the public and business owners are either not supportive of the council’s efforts to deal with the situation or they are in support of allowing people to remain homeless at the station,” Cllr Cryan told the News.

A new homeless strategy, with a focus on prevention, has also been submitted to the cabinet, and an extra half a million of government funding has been allocated to Southwark to help tackle the issue.

But several weeks after Mr Makokha first complained to the council, he says nothing has changed – with photos taken this week showing that it appears this complex problem will not be solved for a while yet.