Former serviceman campaigning for a memorial to Lee Rigby in Woolwich 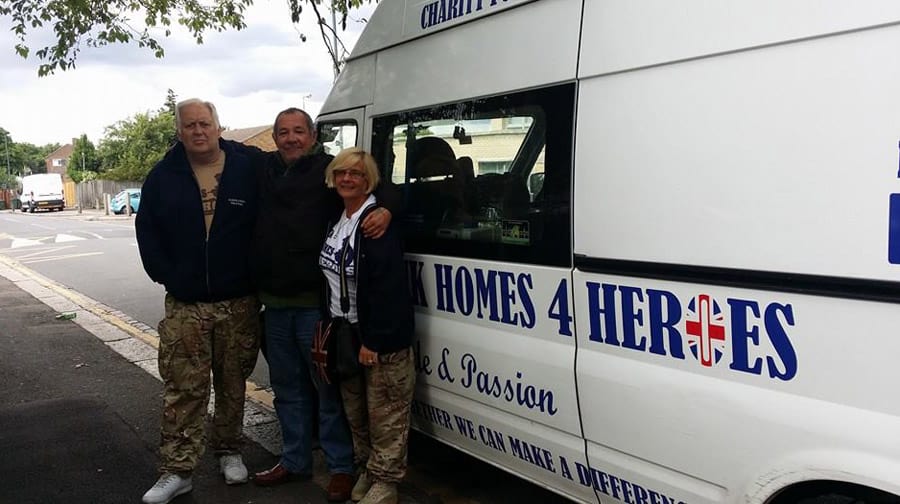 A homeless ex-soldier has praised the “absolutely amazing” Homes4Heroes charity, who found him accommodation within a day of meeting him.

Rob Traynor, who has been living rough for three months since he lost his home and job, said he “couldn’t give enough thanks” to the Rotherhithe-based charity.

He said: “They have just been fantastic, such a great help. They’ve found me a place in Rotherhithe and I am so grateful.” Jimmy Jukes and Michelle Thorpe, the charity’s founders, met up with Rob last Tuesday after being tipped off by a friend. They quickly found him a property in Rotherhithe, which he will move into this Monday. But despite the charity’s help, Rob feels let down by the government he spent fifteen years serving in the armed forces.

He said: “I don’t keep grudges, but the government have offered me no support at all. I joined the army in 1982 and served in some dangerous places: Northern Ireland, Iraq and Bosnia. But they’ve not helped me out at all.”

For the last week, Rob has been holding a vigil in Woolwich at the site where Fusilier Lee Rigby was killed. He has put up banners and has collected around 2000 signatures from local residents asking the council to erect a memorial.

Rob Traynor with his petition

He said: “This brave man served his country and was then brutally killed as he walked down the street in his own country. But at the moment, people have no clue it happened here. I want to raise awareness and respect his memory. “The community here have been amazing, they’re really rallied around me. Every day people have been bringing me coffee, or breakfast, or bottles of water. The pub is even letting me charge my phone and clean myself.”

To find out more about Homes4Heroes visit their website at www.ukhomes4heroes.org.uk