King's and Guy's both hit by cleaning gel thefts 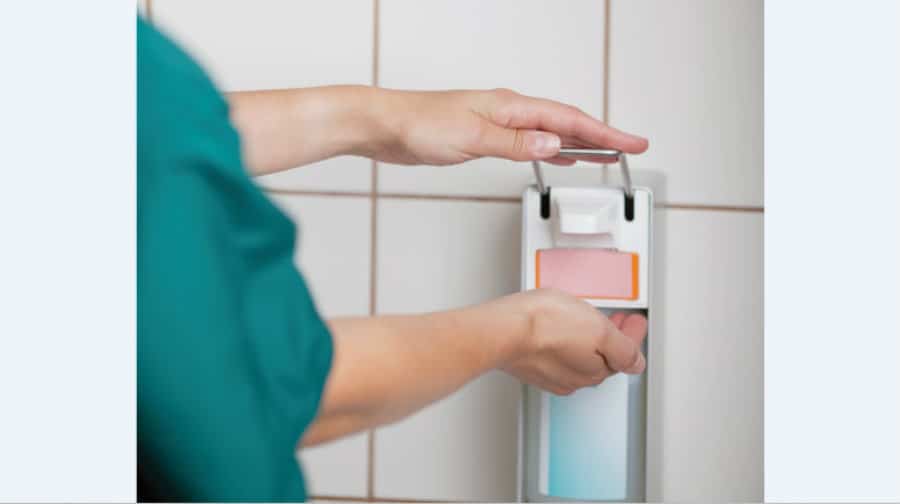 A street drinker has told of how his gang would systematically raid London hospitals to steal alcoholic hand wash to drink, including King’s.

A homeless man who gave his name only as Bartlomiej, told the BBC he lost 1.5 litres of blood in a haemorrhage caused by drinking the fluid, which is readily available at wall hand-pumps throughout all hospitals.

The 30-year-old said he and his gang would sleep near hospitals, like the King’s Camberwell site, walk in with a plastic cup and half fill it with the spirit gel, which he would mix with water before drinking.

Guy’s and St Thomas’s had 29 incidents of hand wash thefts in the last three years – the highest number out of the seven London hospitals which reported the issue.

A spokesperson from Guy’s and St Thomas’s said hand sanitiser is situated around our hospitals in accessible locations to encourage the best standards of hygiene. “We encourage our staff to be vigilant and to report any incidents of theft that may occur, or any suspicious behaviour that they may witness,” they said.

Corners have linked the deaths of at least three people in London to the consumption of alcohol hand wash since 2008. Two were poisoned, while one drowned in a canal in Paddington after visiting St Mary’s Hospital.

Leading GP, Dr Sarah Jarvis, told the BBC: “These alcohol gels are not made to be drunk. Therefore they will have all sorts of things added to them which will be very toxic.

“They can cause severe inflammation on the inside of your gut.

“This is going to be a particular problem for alcoholics because they tend to have inflammation on the stomach and they can have swollen veins inside their stomach, so they are much more prone to bleeding.”