Southwark says soldiers have "highest priority in London" in this borough 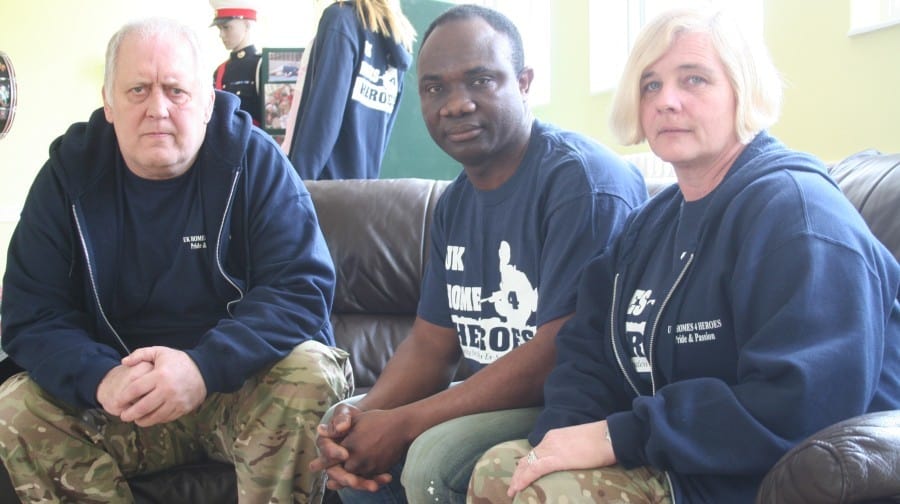 The founder of a charity for housing homeless ex-service personnel has said he is “ashamed” to come from Southwark, after the third soldier in a row they have taken to the council has been left on the streets.

Benjamin Redges served in the forces for nine years and has been working as a civil servant since he left in 2011.

He was made homeless on Good Friday, when the family he had been staying with in East Dulwich for the last five years moved away to a new, much smaller home.

Benjamin went to Southwark Council’s housing office in Bournemouth Road, Peckham, on March 18 and told them he would be out on the streets at the end of the month.

He says he was then told that because he is in employment and is not vulnerable he does not qualify for emergency accommodation so Benjamin turned to Rotherhithe-based charity Homes4Heroes instead.

Charity founder Jimmy Jukes advised him to go back to the housing office and tell them that in May last year, new rules came in to effect which promised to prioritise ex-service personnel for social housing.

On March 25 Benjamin, 46, returned but said staff were unaware of the military covenant and said he was still not a priority because he is not vulnerable and his thirteen-year-old son is not currently living with him.

Benjamin had to spend the Easter weekend sleeping in his car until Jimmy and partner Michelle Thorpe could get him into a B&B.

“All I’m asking for is an affordable place where I can support myself. I don’t need benefits because I’ve got a job,” said Benjamin.

“I want to keep working for the nation. I don’t want to depend on anybody. I don’t need anything, just a roof for me and my son,” added the former army supply controller.

Jimmy and Michelle say this is the third time Southwark Council has turned away homeless ex-servicemen in the last year and a half.

“I’m ashamed to say I was born in Southwark because they don’t care about our ex service personnel.”They’re failing our boys and girls,” said Jimmy,who is now going to use charity funds to get Benjamin into some emergency accommodation and put a deposit down on a flat.

“We’re not going out have him staying in his car when it’s freezing at night,” said Michelle.  “It breaks your heart.”

Southwark Council told the News that Benjamin was eligible for a council property, but not emergency temporary accommodation until one became available.

Southwark’s cabinet member for housing, Richard Livingstone said: “Southwark takes its responsibility to our ex-servicemen and women very seriously, which is why we place ex-service personnel in the highest two bands for council housing, giving them the highest priority in London.

“Mr Redges has been advised that should he want to apply for council housing through our choice based letting scheme he would be given our highest priority and would probably be offered a home quickly.

“What officers have said is that we are unlikely to, in the meantime, offer temporary accommodation from the council as Mr Redges’s current circumstances means he does not come under the housing legal requirements for us to do so.

“Southwark Council offers support to hundreds of people and families who are facing homelessness, despite our own limited resources.  We must give priority to the more vulnerable families or individuals who are seeking our help, to ensure we comply with the housing legislation in this area. However we do sympathise with Mr Redges and will continue to offer him whatever help and support we can,” added Cllr Livingstone, who will be consulting soon on moving all ex-service personnel to the highest priority band on the housing list.

Benjamin had an appointment with Southwark housing officers yesterday to discuss his application further.