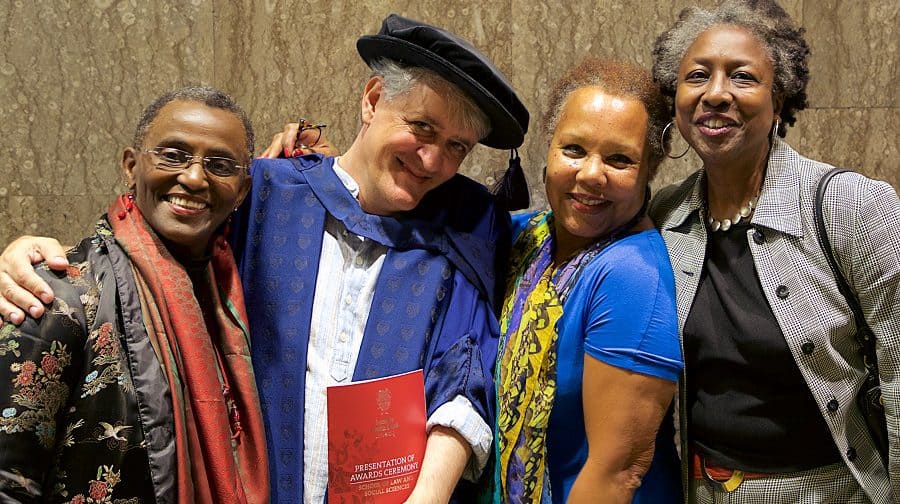 A Camberwell historian has received an honorary fellowship from London South Bank University for his contribution to researching black and gay cultural history in Britain.

Stephen Bourne collected the fellowship on October 16 at the Royal Festival Hall, at one of the university’s huge graduation ceremonies.

Stephen, who has regularly appeared in the News, said: “They awarded it to me for my contribution to diversity, and to gay history and black history.

“I’ve never been to a graduation ceremony, so it was a new experience for me. It was very grand and exciting, and wonderful to see 500 students graduating.”

In a speech to the gathering of students, he said: “There’s no doubt in my mind that we live in a conservative country (with a small c). By and large, British people don’t like change. But if there’s anything I’ve learnt since school, it’s that to overcome adversity, it’s best to be friendly and persuasive.”

In a citation for Stephen’s followship to the law and social sciences school, the university praised his most significant published works, including: Mother Country (2010); The Motherland Calls (2012); Black Poppies (2014); and Fighting Proud (2017).

From Full Houses to Home-Schooling

Visions as Our Exile