Doctors have placed the fourteen-year-old in remission, with his next scan scheduled for later this year 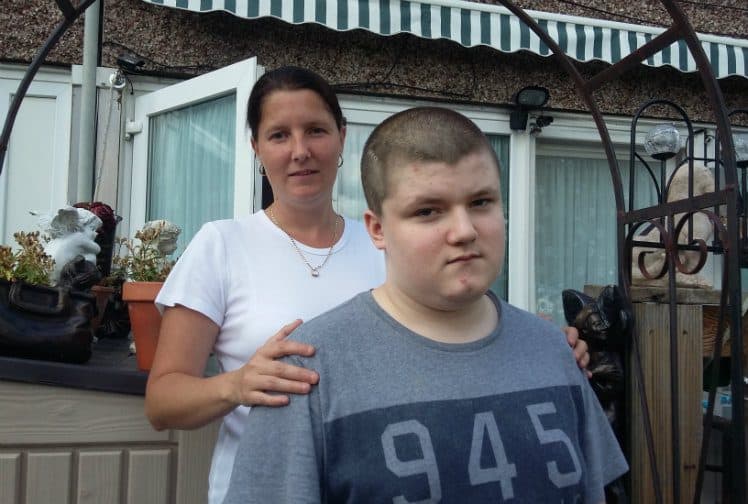 After years of anxiety, a young Walworth lad is on the road to recovery thanks to life saving treatment to eliminate a giant tumour at the centre of his brain.

Alfie Barrett, fourteen, is finally showing a strong response to the proton therapy he received in Oklahoma, USA, between December and February, paid for through fundraising by friends and readers of this paper.

His nan, Jackie Summerford, said: “It’s the news we have been longing for. The tumour has started to decrease after nine years of chemotherapy.

“Alfie has been in remission three times, and it’s come back before. Fingers crossed and touch wood this will have finally killed it for good.”

An MRI scan on July 20 revealed that the once golf-ball-sized tumour blocking his ventricles – a communicating network at the centre of the brain, with cavities filled with cerebrospinal fluid – had “popped”.

But this is the third time the youngster’s doctors have placed him in remission, and he still faces the up-hill climb from coping with aftermath of arduous cancer treatment.

Signs that something may have been wrong with little Alfie appeared back in 2006, when mum Kellie, 36, noticed her son habitually walking on his tip-toes.

He was diagnosed a year later at the Evelina with a thalamic tumour: known to affect sensations such as temperature, pain and touch. “I’ll never forget that day because, it was Valentine’s Day,” Kellie said.

Since then the NHS had tried everything. Even while carrying on at Walworth Academy, Alfie was put through three separate courses of chemotherapy and one round of oral chemotherapy. But in September he was ordered to rest at his home in the Aylesbury Estate.

Alfie said: “I was always just so tired, and in October I relapsed. I’m now getting GCSE books sent home for me.

“I spend a lot of time playing games like Grand Theft Auto, Fifa and Call of Duty. That’s the only way mostly I have of hearing from my friends.”

His doctors’ next move was to refer Alfie referred for nine weeks of daily treatment at the ProCure Proton Therapy Centre in Oklahoma City (pictured above).

The proton therapy itself was “far more precise” than radiotherapy treatments available in the UK.

“You have a mask strapped to your face and the treatment attacks the bad cells in my head but not the good ones,” Alfie said. “After that I would be so tired I would just go to my room and sleep.”

The family lived off the generous donations, and endured the volatile Midwestern winter weather.

Alfie had one scan in April, which was inconclusive, as the doctors could not tell whether his tumour had gone down. Another idea was to insert a shunt into Alfie’s brain, to drain away the fluid from his tumour.

“I lived in fear. I just spend every day worrying: has this worked or hasn’t it?” said Kellie.

“Now we’ve had one bit of good news with Alfie and now we’re hoping to have a normal life again. Alfie has another scan coming in November, and he can start his GCSEs in September.

“There are so many people we want to thank for all the money raised to help us get there.”

Alfie in hospital when he was younger