An emergency appeal set up at King’s is paying for toiletries, groceries, transport and hotel stays for staff working day and night to save patients with COVID-19 . The ‘Hospital Heroes’ fund has already raised £25,000 and paid for new well-being hubs where workers can take a break and change out of their heavy protective wear ... 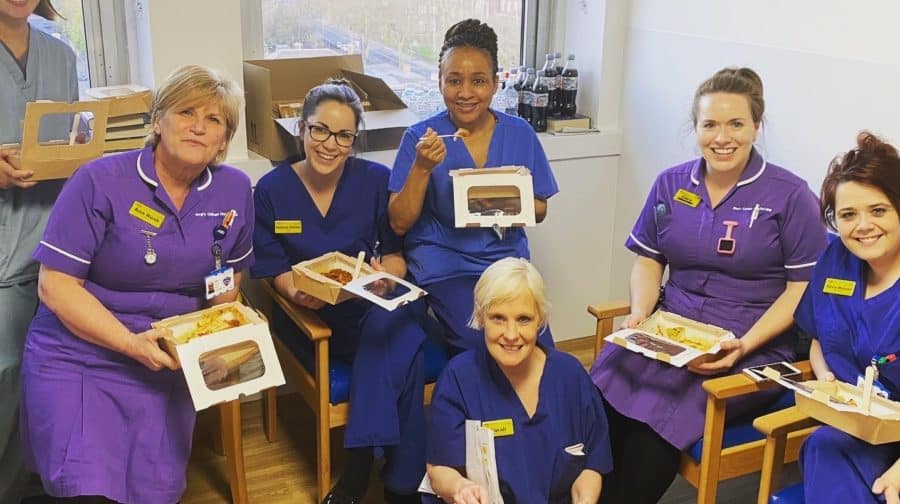 An emergency appeal set up at King’s is paying for toiletries, groceries, transport and hotel stays for staff working day and night to save patients with COVID-19 .

The ‘Hospital Heroes’ fund has already raised £25,000 and paid for new well-being hubs where workers can take a break and change out of their heavy protective wear in both Denmark Hill and the trust’s Princess Royal site. It is now providing ‘care packages’ including snacks, phone chargers, toiletries, sanitary items, and shaving kits for men who need to be clean shaven to wear protective masks – sometimes having to shave part way through long shifts.

Money raised will buy groceries for staff so they don’t have to queue in supermarkets after long shifts, and for COVID-19 patients as they are being discharged from hospital so they have food at home.

And transport costs at all hours of the day are being covered too, on top of hotel and BnB stays, so staff can spend more time with patients without long commutes. A psychologist has also been drafted in to support staff in emergency and critical care.

The hospital has also had goods donated from companies including the Body Shop and food delivered from restaurants and shops across Southwark and Lambeth.

To keep staff’s spirits up, messages of support from donors have been shared across the hospital on posters, TV screens and in wall art.One reads: “Every single action you do is having an incredible effect on us. You’re amazing. Thank you. We think of you, worry for, believe in you and support you. You ninja warrior heroes. We love and thank you.”

Set up by King’s College Hospital Charity, the fundraiser comes at a dark time for the NHS, as the government warns the next two weeks will be critical in its attempt to ‘flatten the curve’.

More than 9,000 people are being treated in hospitals for the virus, with the majority in London. This week, the first NHS Nightingale Hospital was completed in Woolwich’s ExCel centre, aiming to ease the burden on existing critical care units.

On Wednesday (April 1), Lambeth and Southwark had the fourth and fifth highest number of cases, with 418 and 415 respectively.

Clive Kay, the trust’s chief executive said: “We have been overwhelmed by the generosity and kindness of individuals and companies both locally and nationally.

“Our team at King’s are working tirelessly in unprecedented circumstances to provide safe and compassionate care to our patients. We would like to say a huge thank you to everyone for their support and the time that many are giving as volunteers.”

To donate and leave a message for the NHS, visit: https://supportkings.org.uk/hospital-heroes-appeal One of the messages for King’s staff on display