Luckily the man's condition is not said to be serious 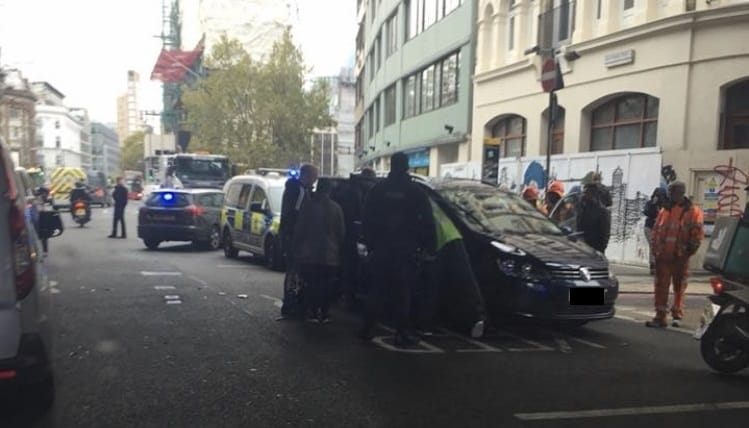 The collision happened at 12:40pm yesterday but thankfully the man's injuries are not serious

A driver has been hospitalised following a collision in Southwark Street yesterday afternoon.

The collision, which took place at around 12:40pm on Wednesday, Novembver 7,  involved two cars, one of which was a blue Uber, a witness told the News.

The police and ambulance service were on the scene and the man was rushed to hospital.

His condition is not said to be serious, but no further details have been released about him.

A Met Police spokesperson confirmed the collision and said: “Police were called at approximately 12:40hrs on Wednesday, 7 November to reports of two vehicles in collision in Southwark Street, SE1.

“Officers and London Ambulance Service attended. One man – no further details – was treated at the scene for injuries and taken to hospital; his condition is not serious.”

Police enquiries into the circumstances of the traffic accident were still ongoing, the spokesperson said.