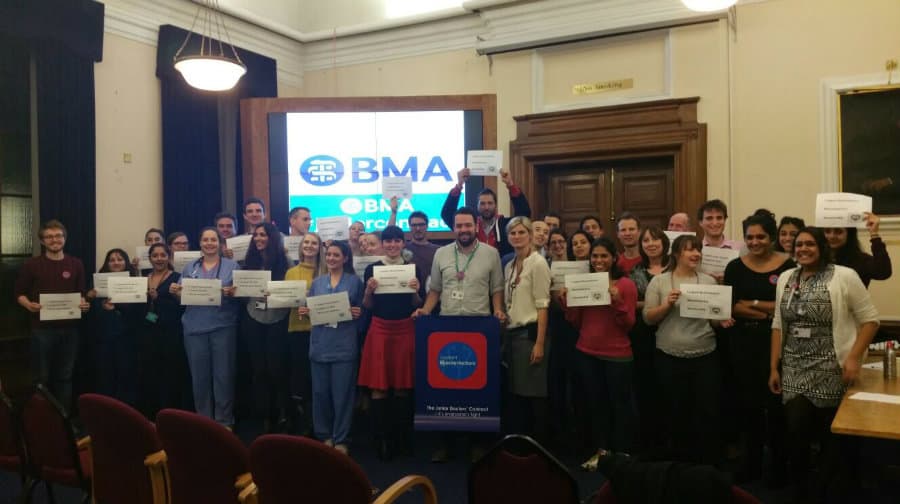 Southwark hospitals are bracing themselves for widespread disruption after a nationwide junior doctor’s strike was re-scheduled for this month.

The industrial action was originally planned for early December, but was averted at the eleventh hour as the British Medical Association and the government agreed to enter into talks.

Following receipt of the government’s final offer, the BMA has taken the decision to re-schedule the strikes for this month.

On January 12 and 26, junior doctors will be providing emergency care only and on February 10 they will all out strike.

If the strike goes ahead, some scheduled operations and outpatient appointments at Guy’s, St Thomas’s and King’s will need to be postponed to ensure emergency services can run.

“Senior managers and clinicians in the Trust are working closely with trade union representatives to ensure that the quality and safety of care that we provide to patients is not compromised when junior doctors take part in the planned BMA industrial action,” said a Guy’s and St Thomas’s spokesperson.

A spokesperson from King’s said they were also “working closely with trade union representatives at the Trust to ensure patient safety is not compromised at any time. We fully expect all urgent and emergency services provided by the hospitals we run to continue as normal on January 12.”

The 28,000 junior doctors who voted for the strike nationally are worried a new contract will see them working longer, more unsociable hours for less, and put a stop to safeguards preventing hospitals form forcing staff to work dangerously long shift patterns.