House fire caused by out of control family barbecue in Walworth

Plumes of smoke could be seen from a-far 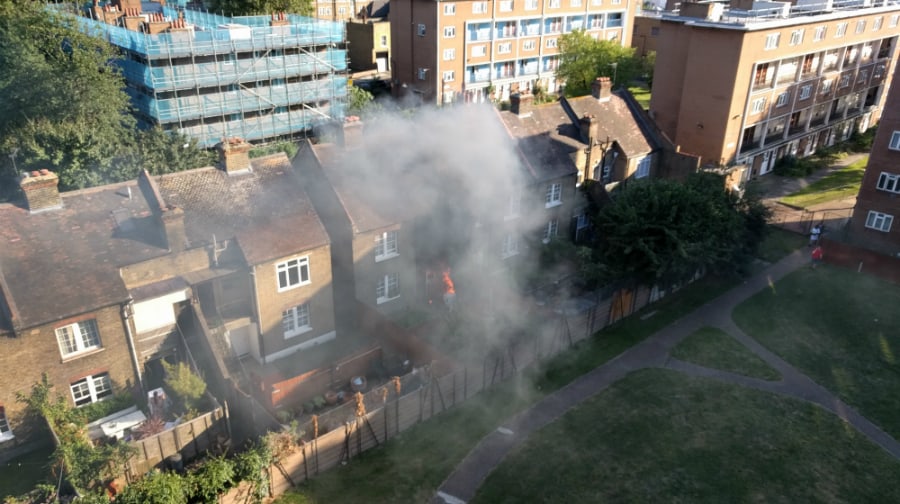 A fire broke out in a family’s back garden in Walworth on Friday, after a barbecue got out of control.

The blaze began at 6pm at a house in Date Street. Sending plumes of smoke into the air.

An eyewitness from the area, Ron Nielsen, told the News: “It looked like a barbecue that went awry.

“A woman was running to throw water on it. It went up the side of the building and you could hear the windows popping from the heat.”

Three fire engines were called and a London Fire Brigade spokesperson confirmed that a woman was taken to hospital by London Ambulance Service.

The fire was under control at 7.12pm. The Brigade added that the precise cause of the fire is under investigation.