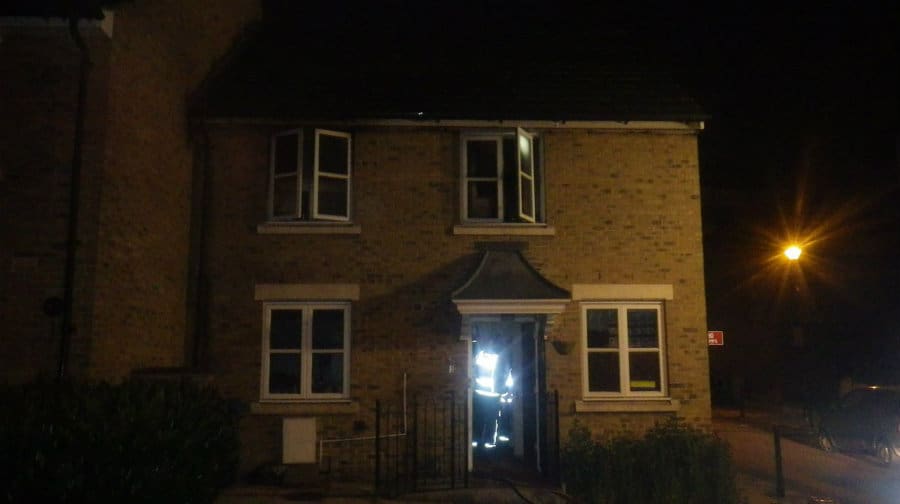 A tiny candle was thought to be the source a fire that almost gutted the first floor of a house in Peckham.

Four fire engines and 21 fire officers were called to the little terraced house in Banfield Road in the early hours of this morning.

They arrived to find half of the first floor and part of the roof blackened and damaged.

Watch manager Benjamin Jolly, who was at the scene, said: “It was a fully developed fire when we arrived and it had broken through the back bedroom window and had started to go up through the eaves and into the roof.”

The blaze was under control by 4.18am and no injuries were reported.

A spokesperson for the London Fire Brigade said: “Candles are one of the most common causes of fire.

“It’s really important that you never leave a candle unattended and keep them away from curtains and anything else that can easily catch fire.”