How apprentice star Lepore managed her small business in lockdown 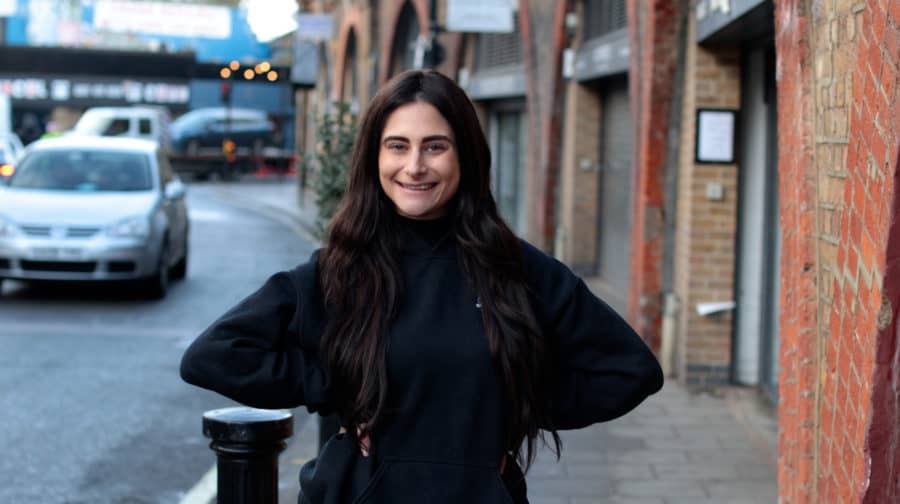 Managing two bakeries in coronavirus lockdown while juggling parent duties as a single mother has been a “tough” challenge for Apprentice winner Carina Lepore, but has helped her become more resilient, she told Kit Heren…

Speaking to Southwark News, Lepore, who runs the Dough Bakehouse in Herne Hill and Beckenham, said her main focus in lockdown has been keeping her team of about 20 employees safe.

“We made sure staff weren’t getting public transport in. We made sure their Ubers were covered, so that was a big business expense just to make sure the team felt as safe as possible.

“We obviously also had to make sure the team weren’t working so closely back to back, that was a big stretch for the team because we’re normally on top of each other.

Lepore made the decision with her business partner Alan Sugar to pivot to deliveries at the start of the first lockdown in March 2020. The company has kept the Herne Hill branch open throughout and opened the Beckenham shop in September.

“We thought that was the light at the end of the tunnel and it was a sensible decision to expand,” she said.

“We thought it was the right thing to do at the time. Obviously within a couple of months we were in a national lockdown again and it was tough. We haven’t been able to take off and make our mark on the high street in Beckenham in the way we would have liked.”

Lord Sugar has been notoriously dismissive of Covid-19 restrictions on business, describing people who work from home as “complacent” in September.

The Apprentice host told ITV: “You can switch telly on anytime of the day and see more bad news, I’m not interested.

‘You go down Whitehall, it’s like a ghost town. They only need half an excuse not to go to work, we’re paying for them by the way.”

Lepore was able to keep all of her staff working in 2020, but used the flexible furlough system in January to rotate temporary layoffs between employees as the post-Christmas lull hit hard. Management also shelved all bonuses and pay rise discussions as part of the belt-tightening.

She said: “January is always a tough month even without Covid. After Christmas, when people are eating out the whole time, in January people generally want to cut back and don’t want to eat cakes as much.

“It’s obviously even harder in a pandemic when lots of people are struggling for money.”

Staff have also been working longer hours than usual to help provide food for people in need in the local area, Lepore said.

“Making sure that we could deliver food to vulnerable people in the area was key for us. We work alongside the local butcher and the greengrocer. It’s been a community effort. We all worked together. I think we got stronger from it.

But managing the ambiguity caused by frequent changes in coronavirus rules for the hospitality sector over the past year has been “a challenge” on top of life as a single parent, Lepore said.

“There’s a lot on your shoulders as a small business owner. There’s the business side, on the personal side as a single mum having to manage home schooling was also a real challenge, especially without things like football camp.”

Controversy struck in September when local residents complained about a noisy brunch event held in an outside space at the Beckenham branch just days after its launch. Rules at the time allowed outdoor events of up to 30 people, provided people kept to social distancing rules.

A local publication reported that police and Bromley council Covid-19 enforcement teams visited the event but took no further action. Lepore told the News that everything was above board.

“We were within the rules – the police and the council visited after the complaint and they told us it was fine. Nothing got cancelled, nothing got shut down. We had all the paperwork and everyone’s details. Social distancing was in place and it was all outdoors.”

Lepore went into business with Sugar after winning the Apprentice in 2019. She said the business magnate’s years of experience proved vital at the start of lockdown.

“I was in panic mode…To be able to draw on his experience was great – he helped me focus,” she added.

“He was in Australia and we were doing Zoom calls at odd times because of the time difference. His advice was just to keep going. He was very encouraging. Our relationship became less business, more personal.”

Despite the growth in the personal side of their relationship, Lepore said she had not thought about stopping calling her business partner Lord Sugar.

“I don’t know when that’ll change,” she said. “I might ask him now though!”

Although the Beckenham launch has not been as successful as she hoped, Lepore is already planning a third branch of Dough Bakehouse, possibly this year. The exact location remains unclear, but it will be somewhere within five miles of Herne Hill.