Set in the living room of the Somerset home of Frankie Howerd and his lover Dennis Heymer, Howerd’s End explores the development of Howerd’s comedy to his final performances when he had a reinvention as a cult godfather of stand up. 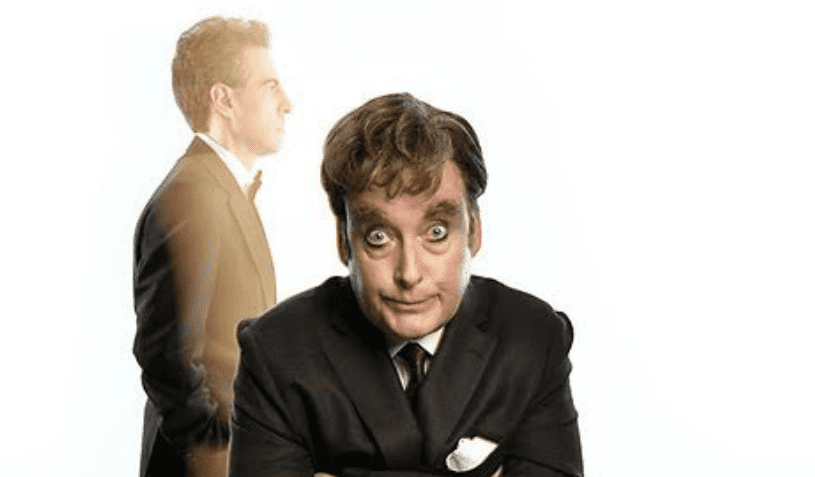 A new theatre in Camberwell celebrates the world premiere of Mark Farrelly’s play Howerd’s End that explores the untold story of comedy legend Frankie Howerd.  The writer says, ‘Howerd was and still is one of Britain’s best-loved comedians…  A radical, whose courage and innovation as a performer have too often been obscured by cosy nostalgia.  He paved the way for other non-conformists like The Goons, Monty Python and Eddie Izzard,’ writes Michael Holland.

Set in the living room of the Somerset home of Howerd and his lover Dennis Heymer, Howerd’s End explores the development of Howerd’s comedy to his final performances when he had a reinvention as a cult godfather of stand up.

The play also shines an unflinching spotlight on the clandestine 35-year relationship with Heymer, who would become Howerd’s manager and anchor, although his existence was strictly guarded from the public, not least because for many years the relationship was illegal and the couple feared blackmail if anyone beyond their immediate circle found out.  The play also shows the other cost of fame – Howerd’s neurosis, his unfaithfulness and use of LSD that pushed his career and relationship to the brink of destruction.

Mark Farrelly spoke to the News about his life and work.  The first thing the writer said was that Howerd grew up in Eltham, which is not far from Hither Green where he now lives and loves the ‘peaceful, friendly vibe.’

Writing was a passion from an early age but Farrelly really wanted to become an actor ‘for the attention’. Being offered an acting job straight after he graduated from Cambridge meant he never went to drama school. Writing, though, was always there and having his heart broken was the start of his second career. ‘In my case the break up was the catalyst to writing two solo plays which look at extremes of despair and hope in an ultimately positive and cathartic way… Four years later, I’m still performing them up and down the country.’

Frankie Howerd is played by Simon Cartwright while Farrelly plays Dennis Haymer in Howard’s End as it is the acting that still excites: ‘The high-wire risk is just so invigorating.’

Mark has written plays about those that some may say are on the edges of society: Quentin Crisp and Patrick Hamilton – but he tells me ‘they are all reflections of my own and many people’s deepest character traits. Frankie is the side of us that is neurotic, thinks that everything is a disaster but will plough on anyway; Patrick is the tendency to hedonism and self-destruction, and Quentin is that side of us that says: no matter what people say or do, I insist on being fully my true self.’

For those of us who only remember Frankie Howerd being funny on TV, this play delves a lot deeper.  Says Farrelly, ‘The show is very honest about the difficult sides of Frankie’s character, because I believe you cannot have a true connection with someone unless you’re prepared to embrace the full spectrum of light and shade in their character (and your own). So the play tries to take you closer to Frankie than anyone has ever been, and is definitely not cosy nostalgia. You will learn something new.’