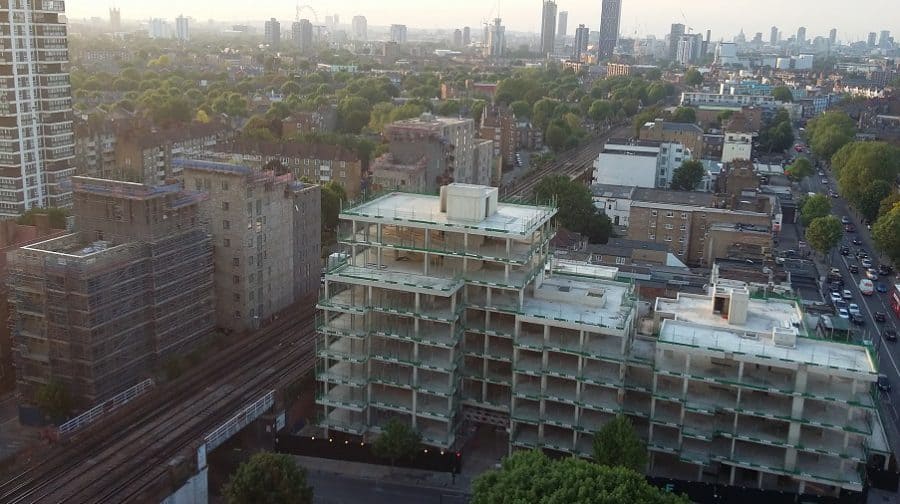 Site acquired by A2Dominion in Camberwell left unfinished since 2015

A huge “eyesore” building site in Camberwell where work appeared to have come to a halt in July 2015 may not be finished until 2019, a housing association has said.

Work started in 2014 to build three huge blocks of 76 flats on land between Wyndham Road, Crown Street and Camberwell Road.

Local resident Stephen Bourne told the News last summer that he wanted answers after thirteen months had passed since builders cleared off on July 5, 2015.

“All the workers just downed tools and left,” said Stephen “It’s just so strange and such an eyesore.

“It’s also a terrible waste, not least because there’s private security and lighting there at night time.”

The News learnt in August 2016 that the site now belongs to housing association A2Dominion, who bought the site off Parritt Leng Construction & Management Ltd.

Steven Waite, technical director at A2Dominion, has given an update, and confirmed that extra homes will be added to the original plans.

“An amendment to the planning application has been submitted to Southwark Council and is awaiting approval,” Steven said.

“If approved, A2Dominion hopes to recommence the work on the Camberwell site in autumn 2017.

“The site will be redeveloped to deliver 84 new homes for private sale, affordable rent and shared ownership, as well as commercial space. We are expecting to complete the development in spring 2019.”

Cllr Mark Williams, Southwark Council’s cabinet member for regeneration and new homes, had previously called it “unacceptable” that work has stopped when more homes are so needed.­