Hundreds of Southwark families are living in temporary accommodation that has been denounced as substandard by a top human rights group. 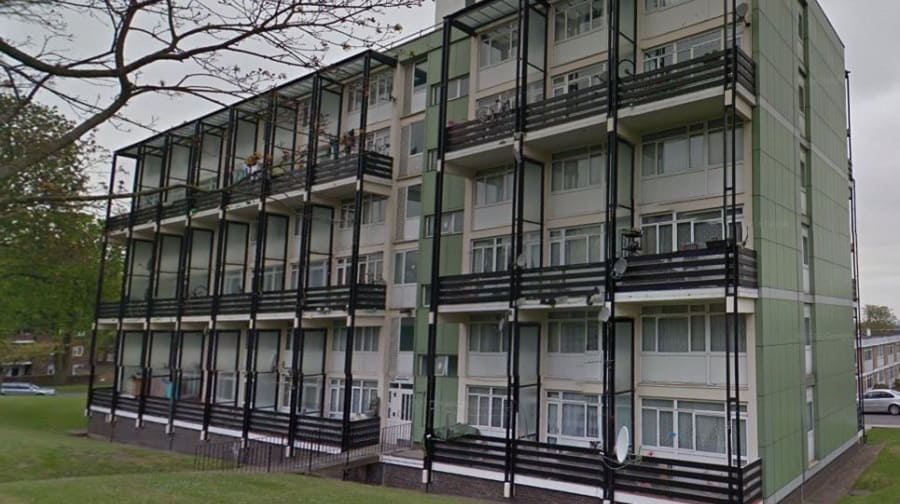 Families in Southwark are living in “uninhabitable” temporary accommodation, a damning report by Human Rights Watch and the Childhood Trust has found, writes Joshua Askew…

The 51-page report, titled ‘I want us to live like humans again’, described how children are growing up with toxic mold, cold temperatures, and a lack of adequate space, while criticising the government for failing to provide adequate housing for homeless families.

“These poor conditions constitute a violation of the right to adequate housing and children’s rights to an adequate standard of living,” said Human Rights Watch in a statement.

After being placed by Southwark Council in out-of-borough temporary accommodation in Croydon, the youngest of Layla’s four daughters, Israa, 6, developed acute respiratory problems, despite not having any pre-existing health conditions.

“The house had a problem with mold”, Layla explained. “Israa’s bedroom was the worst room in the entire house. It was unimaginable.”

Israa has recently been diagnosed with asthma and obstructive sleep apnea, as well as needing an operation on her nose to ease her irregular breathing.

When Layla raised the issue of mold with Southwark Council, she says they told her it was only temporary accommodation, and she would not be there forever.

She remained there for three years.

Cllr Stephanie Cryan, cabinet member for council homes and homelessness at Southwark Council, said: “London is in the grip of a spiralling homelessness crisis.

“The Government’s welfare reforms, coupled with astronomical rent levels in the private sector, which far outstrip LHA rates, have made the housing market increasingly unaffordable.

“This leaves people with no option but to seek help from local authorities, and an unavoidable over-reliance on temporary accommodation.”

The housing crisis is not only affecting childrens’ health, but also their mental well-being and education.

“Space to play is a luxury,” said Francesca, another mother who was placed in a single room with her three-year-old daughter in Lewisham by Southwark Council. Her daughter had to just sit on the floor next to the bed with nothing to do all day.

This situation was made worse by the school closures during Covid-19, with children lacking a quiet environment to concentrate and do their work. Many of those interviewed in the report also said their temporary accommodation lacked Wi-Fi.

But the problem is not unique to the borough of Southwark. Human Rights Watch interviewed 75 people living in temporary accommodation across London, including Camden, Croydon, Hackney and Lambeth.

In Wandsworth, Jada, 15, became seriously ill with pneumonia while living in a metal container apartment block which had cracks in her bedroom wall that let cold temperatures in during the winter.

Human Rights Watch have placed blame for this situation on the government.

“The situation is due to a combination of reduced funding for local authorities, austerity-motivated cuts to the welfare system, and a lack of affordable permanent housing,” they said in a statement.

Central government reduced its funding to local authorities by 37 per cent between 2009-10 and 2018-19, with London facing the largest cuts.

“Our budgets have been slashed year on year,” said Southwark Cllr Stephanie Cryan. “It is unacceptable that children and families are suffering the human cost of cutbacks and I call on the Government to increase the Local Housing Allowance.”

“We continue to increase the supply and refuse to ignore our moral obligation to provide high-quality homes residents deserve,” she added.

Another contributing factor is the lack of social and affordable housing in London.

“Children are suffering appalling abuses of their rights with devastating consequences for their health, education, and life chances,” he added.

As of October 2021, there were 42,290 families living in temporary accommodation in London.

In Southwark alone, more than 16,500 households are on a waiting list for housing, with half of these families containing children.

I am probably one of the few who thinks this, but I think its a big mistake to provide social housing this centrally in London. I think its pretty bad that people I know with jobs in the city have to commute for two hours a day from flats and homes outside zone 4. They are tax paying law abiding citizens, who contribute to the economy but get the short end.

I understand the hatred some have for bankers etc… but I think the public opinion has swung too far in this direction.

Rationally speaking organised, smart, creative and usually employed adults, should get the priority when it comes to living more centrally. All of us loose out collectively when these people waste countless hours on their commute which they could be spending with their families feeling less stress and potentially working more.