'Thousands of vulnerable people are being detained in institutions, often hundreds of miles away from their families, subject to physical restraint, overmedication and being kept in isolation' 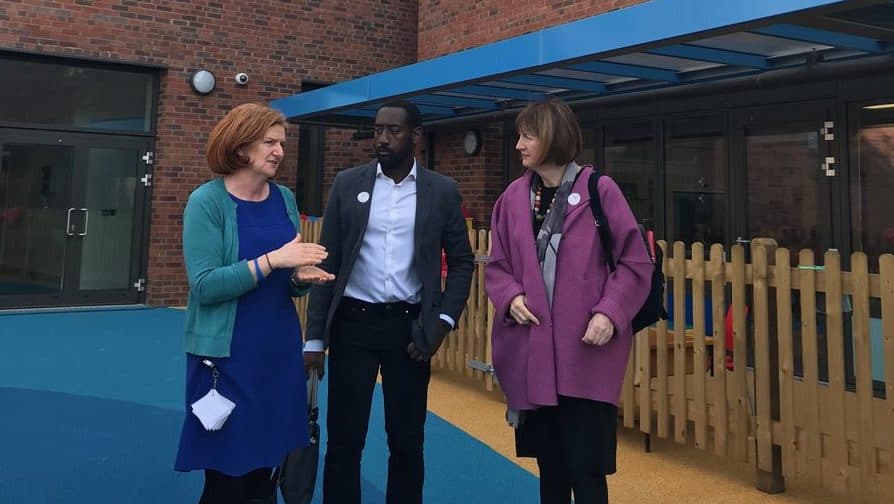 The number of children with autism or other learning difficulties detained in mental health hospitals is a human rights scandal, say Southwark MPs and campaigners, after disturbing new figures show the growing use of physical restraints and solitary isolation on these vulnerable youngsters.

According to disability charity Mencap, almost 2,300 children and adults with a learning disability are still kept in secure in-patient units across the UK.

On average, they will spend almost five-and-a-half years away from home, despite evidence showing this type of care is likely to worsen their symptoms.

Evidence collected by Parliament’s Human Rights Committee, which has held an inquiry into the scandal, shows the use of restraints on people with autism, or learning difficulties, placed in mental health units had risen from 15,065 in 2016, to 22,620 incidents in 2017.

It is believed this figure could be as high as nearly 26,000 for the end of 2018 – based on projections from statistics available for the first five months of the year.

Physical restraints include the prone position, which involves being held face-down; a terrifying ordeal for any child.

Committee chair and Southwark MP Harriet Harman told the News many of the children admitted had seen wider problems with housing, education, and a lack of support for their families put pressure on their diagnosis, building up to what could have been avoidable crises.

While giving evidence, Caoilfhionn Gallagher QC, told the committee children in in-patient units were five times more likely than adults to be held face down in the prone position during their stay. They are also three times more likely to be kept in solitary isolation.

A petition to end the practice now has more than 34,500 signatures – including the backing of Dulwich and West Norwood MP Helen Hayes.

Dan Scorer, Mencap’s head of policy, said: “Eight years on from the Winterbourne View scandal, where the public were made aware of the shocking abuses happening in an inpatient unit, it is clear that the government has failed to deliver on its promise to ‘transform care’.

“Thousands of vulnerable people are being detained in institutions, often hundreds of miles away from their families, subject to physical restraint, overmedication and being kept in isolation.

“Their families are powerless to get them out. This is a domestic human rights scandal.

“We want to see them back home in their communities, living fulfilling lives with proper support.

“NHS England acknowledged its failures when it pushed back its deadline to 2023/24.

“We need to know urgently what the government will do differently, having failed over the last eight years to release people unfairly kept in institutions.”

Harman says she has intervened in a number of cases in her Camberwell and Peckham constituency where people with autism were left struggling due to government cuts or a lack of appropriate services.

They include a mother and her severely autistic son facing eviction from a privately rented flat in Camberwell and the concerned siblings of an autistic man living in residential care whose funding to attend a day care centre on weekdays had been withdrawn.

The day before hearing evidence at the select committee, Harman met parents at Cherry Garden special school in Peckham, where families told her about their fears their care packages would be cut, describing the visit as a ‘vivid example’ of how important this support is for parents.

“It costs more to keep a child in residential care than care in the community, but first and foremost this is about their human rights,” she told the News.