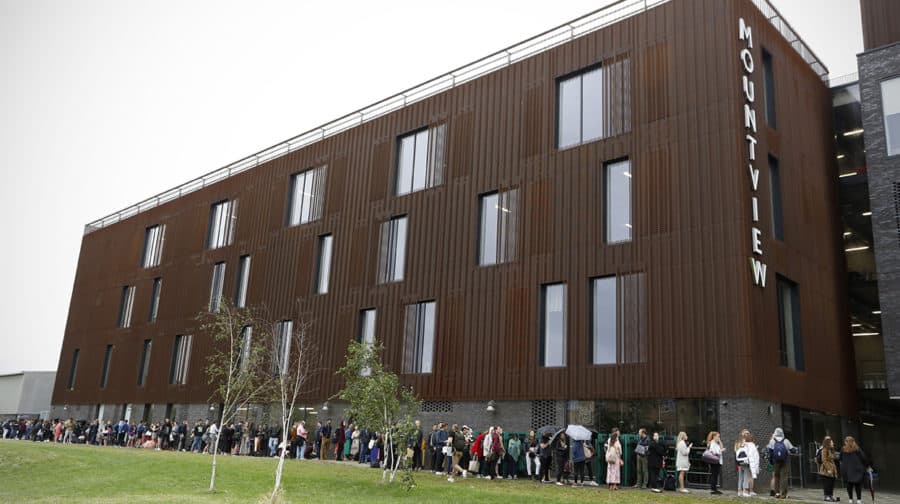 The queue around the building (c) Tom Harrison

More than 800 aspiring stage stars responded to an open audition call for the cast of The Phantom of the Opera last week.

The hit musical is now in its 33rd year in the West End, and will be touring the UK and Ireland in February 2020, with both lead and ensemble roles up for grabs.

Hundreds of hopefuls arrived before the doors opened at nine in the morning, with the first taking their place at 3am. By six, a long queue was already in place which only got bigger despite the showers.

Each person to audition performed a song for the panel, including director Seth Sklar-Heyn, Paul Wooller and Felicity French, Trevor Jackson and Melanie Watts from casting.

Those through to the next round will be asked to return later in August.

MountviewThe Phantom of the Opera