Stephen “had a keen awareness of how shared history could bring us closer together," mayor said 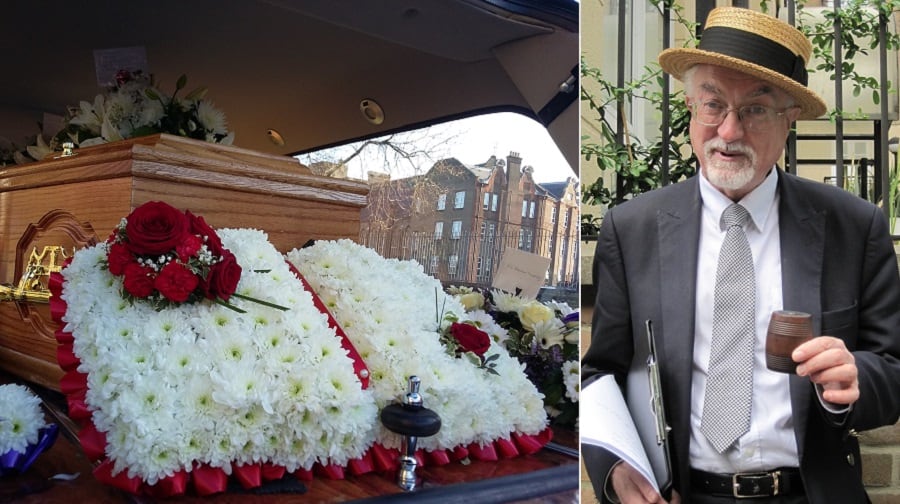 More than 500 mourners bid a final farewell to the late historian Stephen Humphrey attended his funeral at St George’s Cathedral on January 19.

The 64-year-old was chief archivist at the Local Studies Library for 30 years, and the borough’s most prolific history author and researcher.

Throughout the ceremony, pillars of sunlight pierced through the stained glass windows of the cathedral that was a short walk from Stephen’s home in Kennington, and where he grew up in Elephant and Castle.

Glowing tributes were paid by bishops of the Roman Catholic Church, and former colleagues.

Stephen’s former colleague at the Studies Library, Len Riley, received a round of applause for his eulogy which he rounded off by saying “People in Southwark generally will be poorer without his knowledge and friendship”.

“Stephen was foremost a very keen historian, endlessly curious and tremendously well read, with an incisive and critical mind. As an author his writing was simple, direct and clear.

“He had a fine dry sense of humour. He had a keen eye for the absurd and no pun was ever too odd.

“He always maintained a degree of affection for the people of Southwark, whatever their background.”

Admirers mourn at the funeral of Stephen Humphrey

A eulogy was given by the mayor of Southwark, Kath Whittam, who called Stephen “a source of civic pride and inspiring to young people”.

Cllr Whittam added that Stephen “had a keen awareness of how shared history could bring us closer together”.

Stephen was born in Elephant and Castle in 1952, but his father originally came from Petworth in West Sussex, where Stephen was buried.

As a youngster he attended John Ruskin School from 1957, and Westminster City School from 1963. Mr Humphrey was accepted at Clare College at the University of Cambridge in 1971, as well as University College London from 1979.

He was best known for writing fifteen books and booklets, including: The Story of Rotherhithe (1997, 2004); Southwark in the 20th Century (1999); Elephant & Castle: A History, which was published after 20 years of research.

He was involved with the Southwark and Lambeth Archaeological Society for 40 years.

His many achievements and contributions were recognised by Southwark Council at the 2012 Civic Awards, when he was given the highest honour of Freedom of The Borough.

Stephen was found dead in his flat in Otto Street, Kennington, on November 30 after suffering a heart attack.

He had no children, and died unmarried.