Hundreds bring Peckham to standstill as surprise Tyler, the Creator gig is cancelled over safety fears 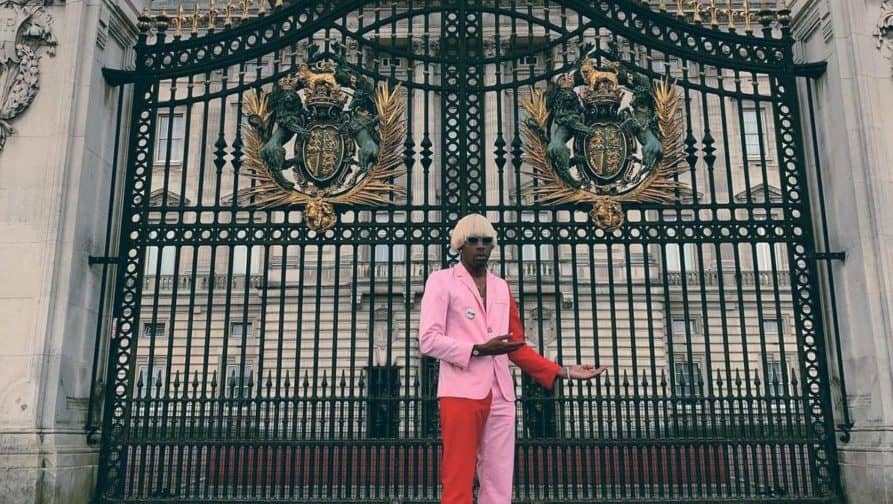 Tyler, the Creator posted this picture outside Buckingham Palace earlier today on Twitter

Tyler, the Creator’s surprise Bussey Building gig was cancelled this afternoon due to overcrowding fears as fans descended on Rye Lane.

The gig would have been his first in the UK for four years, and comes after the release of his latest album, IGOR.

Southwark Police said the show was cancelled last minute by the venue, rather than being shut down by the Met, after concerns over the number of people attending.

Officers confirmed there had been no reported crimes, injuries or arrests but police would be in the area helping the crowd to ‘disperse safely’.

A music event scheduled to take place at Bussey Building, Rye Lane, SE15 on Saturday, 18 May, was cancelled by the venue due to overcrowding issues. No crimes, reported injuries or arrests. Police are in the area to help ensure the crowd disperses safely

Footage posted on social media shows Rye Lane brought to a standstill by the huge crowd who turned out to see the artist previously banned from entering the UK by Theresa May, then home secretary, over claims of ‘homophobic and violent’ lyrics.