Hundreds come together for funeral of popular SJ

Family 'overwhelmed' by support from community 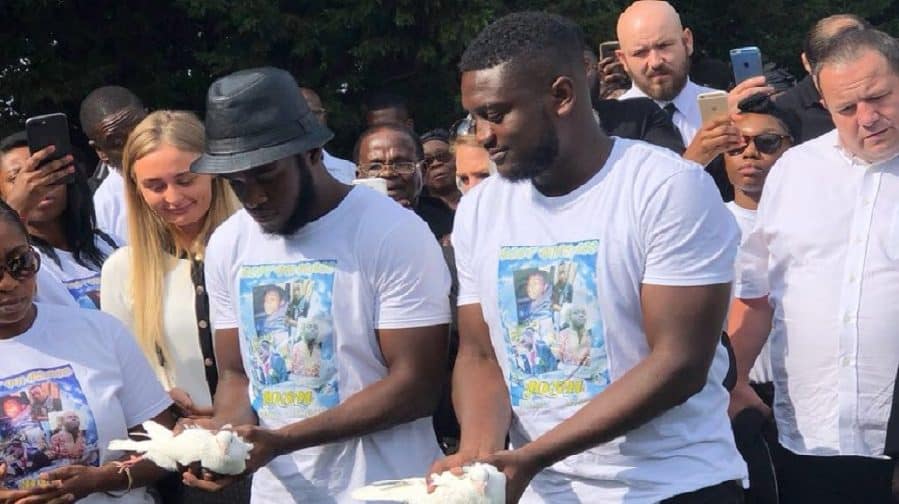 Doves released at the funeral

Hundreds gathered to pay their respects to 23-year-old Joshua Boadu, who died after being stabbed in Bermondsey.

Some 500 people turned out to say their goodbyes to the apprentice engineer, known affectionately as SJ, during his funeral at Walworth Methodist Church on August 23.

His coffin was carried to the church in a horse-drawn carriage and doves and balloons were released into the sky in his memory.

Joshua’s older brother, Jeffrey, 29, said his family was “overwhelmed” by the number of people who turned up on the day.

“A lot people from Bermondsey came to my mum’s house to follow the family limousine, which my mum really appreciated,” he said.

“She knew Joshua was quite popular because every day people were coming to see how he was doing when he was in the hospital but even more people came to the funeral so she was quite overwhelmed and it was a big comfort. “I feel like everyone is in a better place now after the funeral but obviously I feel once the people who did it are caught that will give us a little bit more closure.

“My dad will be asking have the police updated me on anything, so in the back of their minds my parents are always thinking ‘have these people been caught yet?’.”

A murder investigation was launched after Joshua was stabbed outside Helen Taylor House in Linsey Street during a broad daylight attack on June 11.

He was put on life support at King’s College Hospital where his family kept a vigil at his bedside for eleven days, but he sadly passed away after his heart stopped beating.

Jeffrey said his parents were still “quite positive” that the people responsible for Joshua’s death would be caught.

He thanked the Bermondsey community and surrounding areas and everyone who attended the funeral for their support. Alternatively, tweet @MetCC or give information anonymously to Crimestoppers by calling 0800 555 111 or visiting crimestoppers-uk.org

Southwark NewsNewsHundreds come together for funeral of popular SJ