Four fire engines and 21 firefighters and officers raced to the station at 11.45am 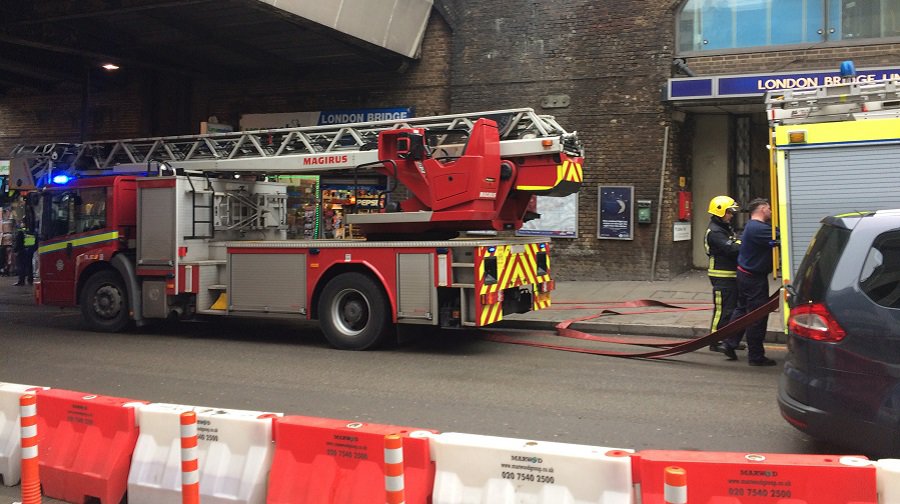 Hundreds of commuters were evacuated from London Bridge Underground Station after an escalator caught fire.

Four fire engines and 21 firefighters and officers were called to the tube station at 11.45am today, Tuesday, following reports of smoke coming from a motor underneath an escalator.

A group of about 900 people were evacuated from the station before firefighters arrived, and the station’s sprinkle system operated and contained the small fire.