Hundreds gathered in Potters Fields Park for an emotional vigil to remember those who died during the London Bridge attack on Monday. A sea of people gathered at Potters Fields Park on Monday to pay their respects to the eight people who had died and the 48 who were injured. “London stands in defiance against ... 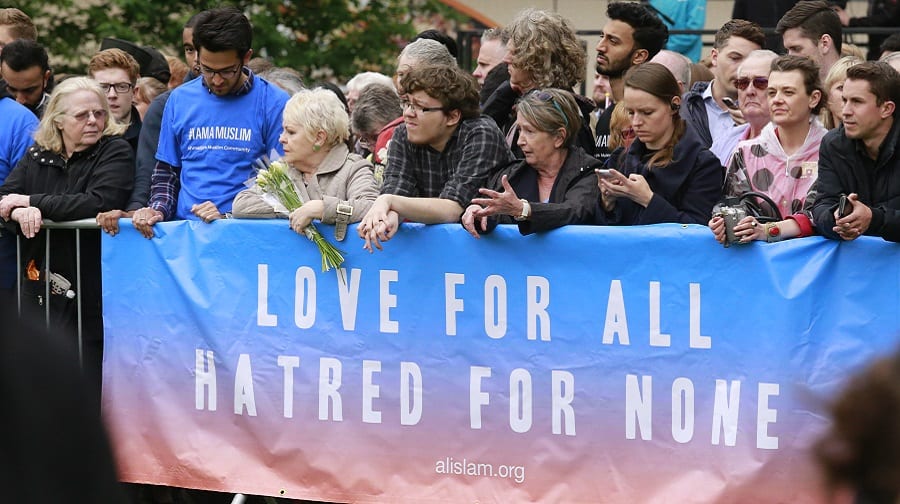 Hundreds gathered in Potters Fields Park for an emotional vigil to remember those who died during the London Bridge attack on Monday.

A sea of people gathered at Potters Fields Park on Monday to pay their respects to the eight people who had died and the 48 who were injured.

“London stands in defiance against this cowardly attack on our city, our people, our values and our way of life,” Mayor of London Sadiq Khan  said to those gathered at the vigil.

“As the Mayor of London, I want to send a clear message to the sick and evil extremists who commit these hideous crimes. We will defeat you. You will not win.

“And as a proud and patriotic British Muslim, I say this: you do not commit these disgusting acts in my name.”

A moment’s silence was held to remember those involved in the attack before flowers were laid as a memorial.

Among those who went to the vigil to pay their respects was Kristina Mansbridge, who founded all-female choir Bermondsey Voices.

The 45-year-old said she had been in Borough Market earlier in the day before the attack.

“I want to show my solidarity and honour the victims because it could’ve been any one of us being in the wrong place at the wrong time,” she said. “It’s the fact that it just happened round the corner.”

The biomedicine students live near to London Bridge, in Weston Road, and said they could hear sirens on Saturday as the horror unfolded.

“We had just been at Borough Market that day,” said Brittany. “

We saw the news on social media and could hear the sirens.

“One of our friends had to come stay at our place because he lived on Borough High Street.

“We just want to pay our respects. It’s just nice for everyone to get together and show the community spirit. It’s a bit too close to home and it’s kind of scary.”

Asha, who is from the United States, said her father was so worried he wanted her to leave London.

Sarah Hill, who works in bereavement care, said she wanted to show that she openly disagreed with the evil of the attack.

“I tend to immediately think of the families of people who’ve died and just think about in Manchester those parents who’ve lost their children and all that hope and cutting someone’s life short is so evil,” said the 33-year-old. “This is our city and people have lost their lives doing stuff we do and take for granted every weekend. We are coming here to remember them and that they are just like us.

“It’s a case of the wrong place at the wrong time.”

Charlotte Priestley, 32, from Twickenham, said she felt a bit nervous walking to work in central London on Monday morning, but that she wasn’t scared.

“I’m feeling quite emotional seeing the people coming together,” she said. “But I wouldn’t say I’m scared because I don’t think you should be. Love has to win, love spreads.”

“I’m originally from near Manchester and that [the Manchester attack] really resonated with me because I remember my parents being stood in that foyer waiting for me coming out of a concert so not being able to be there and to do something made me want to feel that unity now that London is my city and come together with others and remember and pay my respects to those for everything that’s happened over the last months,” added 28-year-old Emily Cookson-Williams, also from Twickenham.

John Loughrey, from Streatham, said: “This is pure evil what they have done. It’s evil beyond evil. I’ve come to show my respect. Imagine what it must be like for their families. I pray for the victims. Since the attack in Westminster and Manchester I have been praying.”

Jane Finlay, from Bermondsey, told the News: “I’ve come here to express grief and it’s painful. But what a wonderful turnout to see this support.

“I picked these roses from my garden. This red rose is called sympathy. The little pink one is called perpetuity. The rest of the bouquet was given to me by a complete stranger. He couldn’t stay but he asked me would I please lay them for him.

“The message attached to the flowers reads ‘from a local. In grief, love and solidarity.’”