Scroll down for photo gallery 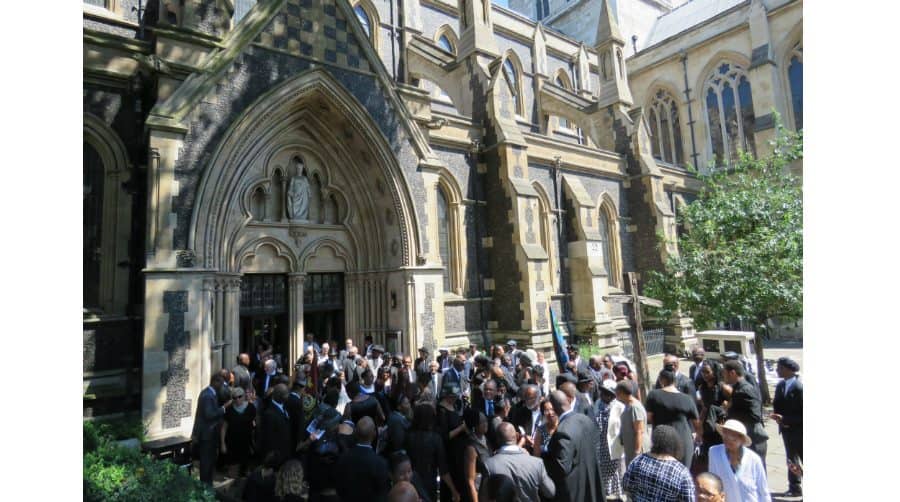 Hundreds gathered at the funeral service of the late Sam King MBE at Southwark Cathedral on Tuesday, to mourn his passing and celebrate his life.

Tributes were paid by his granddaughter Dione McDonald, and his son, the reverend Michael King, as well as by former colleagues and Camberwell and Peckham MP, Harriet Harman.

Mr King will be remembered for his contributions to Southwark as the borough’s first black mayor, and as the first Jamaican man to become a mayor in the UK. He died aged 90 on June 17 at St Christopher’s Hospice.

For those who stood to pay tribute to Mr King, there was an endless catalogue of his achievements to choose from. His story began when aged eighteen he volunteered in 1944 to leave his farmland home in Portland, Jamaica, to join the RAF as an engineer.

Standing at the pulpit and summing up his father’s spirit and achievements, Reverend Michael said: “My father was not born an exceptional man, nor was he exceptionally educated, but he was exceptionally called of God.

“…He was brave to travel to Britain to take part in the war. He volunteered while young men here were being conscripted. He crossed the ocean knowing one-in-three ships were being sunk by wolf packs of Nazi U-boats.”

He returned to the UK in 1948 aboard the famous SS Windrush, and moved to Sears Street in Camberwell to become a postman.

He joined the Labour Party and became a councillor for the Bellenden ward in 1982 and became mayor in ’83.

Mr King spent his later years living in Warmington Road in Herne Hill, where his Blue Plaque was unveiled in January 2009, the same year he received his MBE from the Queen. Earlier this year he was granted the Freedom of the Borough at Southwark Cathedral.