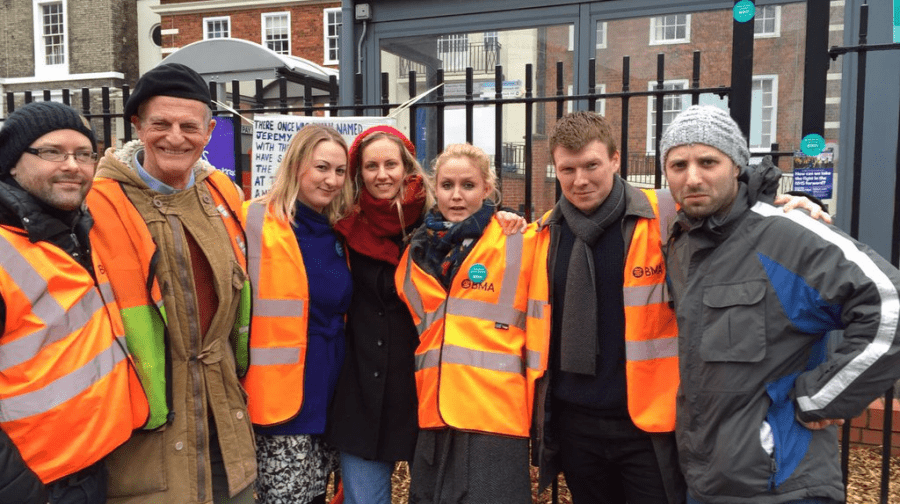 Hundreds of hospital appointments have been rescheduled after a second bout of 48-hour junior doctors’ strikes.

The national walk-out in defiance to government plans to impose contract changes, began at 8am on Wednesday April 6, and finished at the same time on Friday.

A spokesman for Guys’ and St Thomas’ NHS Foundation Trust confirmed 400 outpatient appointments – about ten per cent of the number in their books – had been rescheduled. About the same proportion of non-urgent operations, 28 overall, have also been moved.

For King’s College Hospital NHS Foundation Trust, which includes the Princess Royal University Hospital in Bromley, fifteen elective-inpatient procedures and nine non-urgent operations had to be postponed. The trust will also reschedule 292 outpatient appointments. The spokesman for Guy’s and St Thomas’ said: “Senior managers and clinicians in the trust have worked closely with trade union representatives to ensure that the quality and safety of care we provide to patients is not compromised when junior doctors take part in the planned British Medical Association (BMA) industrial action.

“All affected patients have been contacted by the trust in advance and their operation or appointment rescheduled.”

A spokeswoman for King’s trust said: “As the figures show, our teams responded well and worked very hard to minimise disruption to patient care.”

Under the new contract, it is widely believed junior doctors would see a pay cut in real-terms, with their “normal” working hours of 7am-7pm, Monday-to-Friday, being extended to 7am-10pm, Monday to Saturday.

The government’s plans, led by secretary of state for health, Jeremy Hunt, have also been criticised for scrapping rules that penalise hospitals for overworking their junior doctors.

There will be new rules to stop them working more than four nights in a row, and for their maximum hours to be capped at 72-per-week. But all junior doctors would be likely to work two weekends per month.

In a ballot of more than 37,000 junior doctors in England, organised by the BMA, 98 per cent voted in favour of full strike action. Junior doctors across England are due to go on strike for a third time between April 26 and 28. Unlike the first two rounds of strikes, the next 48-hour walkout will see a full exodus of junior doctors, with emergency-care staff also planning to strike.