Mourners came over from Ireland to pay their respects 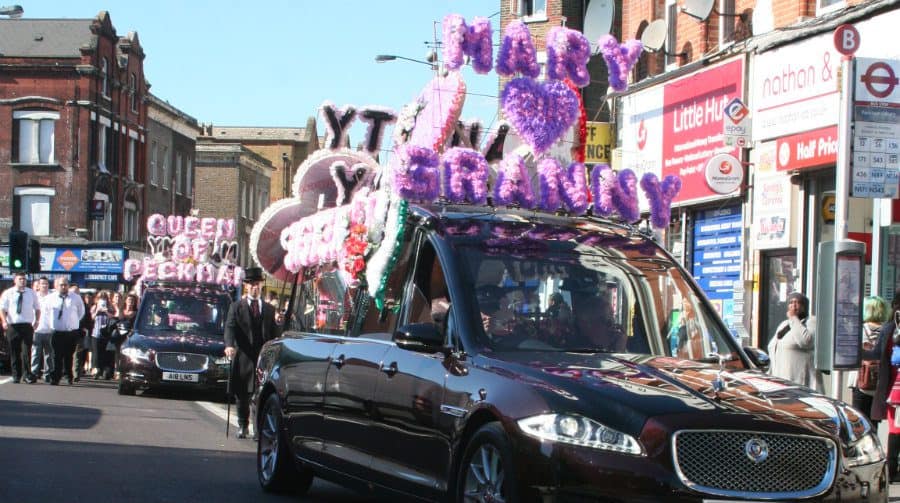 Hundreds of mourners turned out to pay their respects to a “kind and good-hearted” great-grandmother at her funeral yesterday after she crushed by a lorry in Peckham High Street on Friday September 4.

The funeral cortège paused at the scene where Mary O’Leary was struck as she crossed the road towards the top of Rye Lane and close family members laid flowers.

Mourners came from as far and wide as Ireland and Manchester to walk the route from the funeral mass at St James the Great in Elm Grove, down Peckham High Street and up to Brideale Close, where the 76-year-old lived for more than 30 years.

Shoppers were stopped in their tracks as the two hearses passed through the busy Peckham town centre, adorned with huge floral tributes and playing Mary’s favourite songs.

Mary was very loved, what an amazing turnout for a beautiful person. Her family and friends demonstrate respect for her memory in the community. Well done family, be proud.