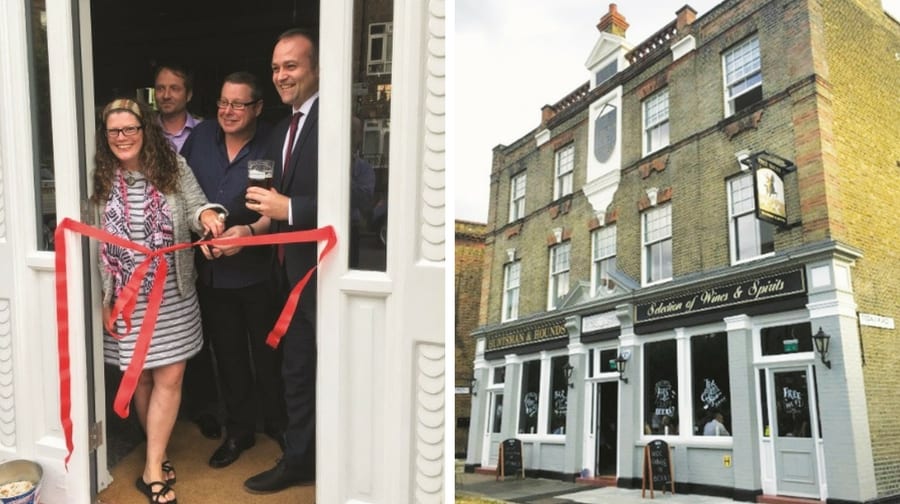 The Huntsman and Hounds pub in Walworth has been bought by United St Saviour’s charity, who will reinvest the rental income back into the community, writes Becky Morton…

The 160 year old pub closed in 2014 after being sold for redevelopment but re-opened last year following a campaign led by the Walworth Society to get the pub recognised as a community asset.

The campaign convinced the developer to preserve the building’s ground floor and basement, which was then taken over by a Bromley-based family pub business.

Now United St Saviour’s has bought the pub, safeguarding its future further. The rental income will be used to support the charity’s community investment programme and sheltered housing for elderly people in Southwark.

The pub will be run by the team behind the Market Porter in Borough Market, which is also owned by United St Saviour’s.

The charity say it will be a “true community pub” with plans to introduce teas, coffees, cakes and traditional pub food. A few changes will be made to the pub’s interior before it re-opens later this month.

Diana Cochrane of the Walworth Society said: “We are delighted that United St Saviour’s have bought the pub. As a local charity who know the area, they will hopefully have a long term interest in the building. One of the main reasons behind the campaign was to protect the architecture and interior of the building and we hope this will be preserved for the community to use.”